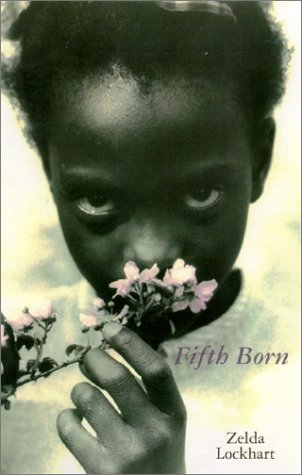 Triggered by an accidental meeting with a relative she has not seen in a long time, long buried memories resurface, revealing a shocking truth to Odessa about the sexual abuse that marked her early family life. A first novel.

Zelda Lockhart's poetry, fiction, and essays have appeared in publications including WordWrights, Sojourner, Calyx, and Sinister Wisdom. She received her B.A. from Norfolk State University, and her M.A. in Literature from Old Dominion University.


When we pulled off in the station wagon to head home to St. Louis, Granmama stood in the wake of dirt and rocks waving, her black hair blowing violently in the wind of the storm that we were leaving. I watched Granmama from the back of the station wagon until first her copper skin faded into the colors of the landscape, and then the speck that was her dress drifted, as if blown by the wind, out of the road and up the stairs of her front porch. That was the last time I saw her.


Granmama's funeral was held in the church where she had taken us on summer Sundays. The church stood tall and blinding white in the middle of a stretch of orange Mississippi dirt. Our family sat on the front pew, and because I was the baby, I sat next to Mama, holding her arm tight while my sisters and brothers sat quietly with their eyes wide open. Mama and the aunts wore veils, all their heads erect, their eyes and mouths invisible. The sun filtered through the stained-glass window, breaking the light into streams of orange and yellow where dust particles floated like dandelion seeds.

Our Grandeddy sat on the elder's pew at the front of the church. The wood dipped where he sat rocking to the soothing sound of the choir. He was the fattest black man I ever knew, and in the stained-glass light, he was so black, he was almost purple. The whites of his eyes were yellow like yolks. I stared at his face full of misery and regret for the woman that I never saw him hug or kiss. Their relationship was a lot like Mama and Deddy's, always cutting each other down with a list of regrets, but the babies came like seasons.

That day Grandeddy's face was hard and cold, not grinning behind a sip of white lightning like it usually was. In his white shirt and suspenders he looked worn, his age dusty on his black skin. I rocked with him and the rest of the family, and looked all over the church for some shift in things that would help me understand what was happening. He rolled the program tighter and tighter where the roughness of his hands against the paper sounded faint behind the harmony of the choir. Their voices lifted into the beams of the church and resonated inside my chest.

Walk the streets of glo-ry
Let me lift my voice...


The sweetness of the voices pushed Mama and the aunts into sobs and tears that sent me into tears, and I struggled to get around Mama's shaking arms and into her lap.

The adults fanned themselves to the beat, moaning like Granmama's cow when Grandeddy took her calf and sold it down the road. I watched Grandeddy.

He wiped the spit from his mouth with a handkerchief and motioned for the choir to hum the procession song. People lined up to look in the casket, like they were lining up for communion. There we all sat waiting, me, the littlest Blackburn. The church framed us, my two sisters and two brothers, cousins, aunts, uncles, all the descendants of Grandeddy.

A tall, sturdy woman walked by in the procession and looked into my eyes. She lifted me from Mama's side, just swooped down like a hawk. When Mama looked up and saw through tears and veil that this woman was taking me to view the body, she pushed her veil up and yelled, but I cannot remember the sound that came from her mouth, because the humming had turned to singing, and somebody was shouting out the Holy Spirit in front of the casket, but when this woman looked into my eyes, the singing and moaning were muted. She looked down at Granmama and whispered in my ear, "Don't you never forget her face. You was her best granbaby. She tried to love you because she couldn't love her own."

I didn't recognize the voice that sounded so much like Granmama's, but let my three-year-old ear linger there on what felt familiar, her breath warm like comfort where nothing else made sense.

In the still of that moment I could smell Granmama's perfume, the perfume she only wore to church. She was resting in her yellow dress. The yellow dress that had yellow lace flowers over yellow satin, the dress that hung in her cedar wardrobe, the dress that she would put my hand on and say, "Flowers. Fl-ow-ers," and I would see in my mind the tall yellow sunflowers that had grown up among the weeds behind her house. I reached for her, but her hands were gray, not brown and pink, and her face was gray and dusty. She did not reach for me, and I did not know this woman in Granmama's dress.

On the train back to St. Louis I asked Mama, "When can we go back to Granmama's?" but she stared straight ahead, moving only when the train jostled her. I let go of her arm and braced myself as I crossed the aisle. My oldest brother, Lamont, pulled me up on his lap. At nine he seemed to understand things like a grown-up. I asked, "Where Deddy?" He answered me while looking out the window, "Who cares?"

"When we goin back to Granmama house?" In the reflection I didn't see his face change, but I put my hand on his cheek to turn it to me, and felt heat rise up to his temples. Warm tears rolled over my hand, and he mumbled, "Granmama's dead." I heard the voice of my big sister Towanda, the day she ran home and said, "There was a fight after school in dead man's alley," and Mama saying, "A nigga ain't worth a damn less he's dead." I saw Granmama's gray face and yellow dress lying among broken glass and candy wrappers, muddy storm water washing over her. I leaned against Lamont's chest and cried at the window too.


I was always crying, and clinging to Mama like death would sneak up and take her away. Unlike my four older siblings, I always walked because running meant falling, and falling released blood, blood released tears, pain spewing up from some churning ulcer inside of me that nobody understood. People stopped blaming my fragile state on the fact that I was born in Mississippi one summer and was Granmama's favorite, and it hurt me more than the other kids when she died. Mama said, "She's always cried a lot."

Mama didn't seem to mind my constant tears unless we were at church or at a barbeque and one of the aunts commented, "Lord, that chile done sprung a leak again," then Mama would yank me out of the fray of flying baseballs, jump ropes, and drunk uncles, and say, "Don't be so damn sensitive, cryin over every little thing." Usually I cried softly for an additional hour, so none of the aunts would want to sit and talk to Mama, just like none of the kids wanted to play with me.

My oldest sister, Towanda, nicknamed me "cry baby-baby," because I was unlike my sisters and brothers, who had their legs planted firmly under them like young oaks with deep roots reaching beneath the asphalt. They ran up and down the streets of West St. Louis, falling and bruising without the slightest grimace. When Lamont dragged Towanda, Roscoe, and LaVern through the gangway in the red wagon, their ashy brown legs with dirty sneakers dangled. Their knees scraped against the brick of our house and the grainy tar-paper shingles of the neighbors' house -- their laughter louder than the pain of scabby knees.


My mama could tell a story. Where Deddy didn't have much to say about his childhood, Mama made up for it with stories about hers. And when she told stories about something bad, she had a way of plugging a funny image in there, or throwing her head back in a big laugh with her gold tooth shining. The story about how she got that tooth was one of my favorites.

"I was in Bo's car flyin up to West Point to pick up my girlfriend. We was goin to my graduation dance, and the car caught a patch of gravel, and the next thing, my forehead was stuck in the g