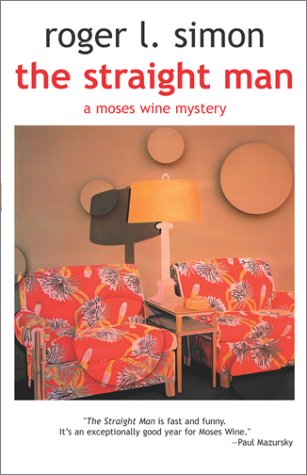 A MOSES WINE MYSTERY It's not a good time to be Moses Wine. After the events of California Roll, his life seems to have taken a turn for the worse-he's lost his high-paying security job at the Tulip Computer Corporation, his kids don't pay any attention to him, his love life's a mess, and his career as a top gumshoe is on the downslide. He's bored and depressed. So what else would a neurotic private eye do but see a shrink? Unfortunately, his psychiatrist's idea of helping is to get him involved in a case. A comic-the straight man in the country's most popular comedy team-has jumped off a building to his death. But was it suicide? His wife thinks not, and the trail of clues soon leads Moses from the swank beaches of Los Angeles to the mean streets of the South Bronx, bringing him into contact with some of the toughest, sexiest, weirdest characters he's ever encountered. Well, if anything is guaranteed to end Moses' depression, it's this case. There's only one problem: it might also end his life....

Simon's own experiences in therapy, as a writer for Richard Pryor and as a freelance prober of charity campaigns, furnish the plot in the new detective Moses Wine saga. Taking his psychiatrist's advice, Moses attacks depression by investigating Mike Ptak's death, on behalf of his widow Emily. Mike was the straight man for the famous, manic black comic Otis King, now a virtual prisoner in Dr. Bannister's clinic for drug addicts. With permission from the doctor, Moses questions Otis but the meeting is brief, wild and unproductive. The detective begins to share Emily's doubts that her husband was a suicidethe official verdictand follows other clues to the case. When Otis escapes and flies from Los Angeles to New York City, Moses follows him into frightening territory. The comic's brother is King King, powerful drug lord, and his soldiers send the sleuth posthaste out of town. Back home, he attends a benefit for Cosmic Aid, to feed the world's starving, the climax to the chilling, disturbingly realistic events that Simon spikes with earthy humor. Paperback rights to this and four previous Wine novels to Warner's.
Copyright 1986 Reed Business Information, Inc.