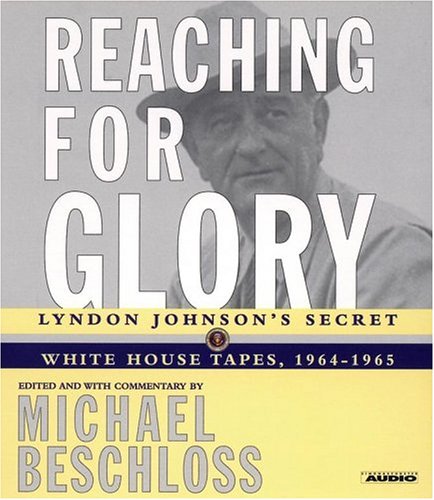 The sequel to Taking Charge, the second volume of Lyndon Johnson's secretly recorded White House conversations offers a fascinating portrait of the president during a crucial year of his administration and is accompanied by thought-provoking analysis and interpretation. Narrated by the author.

Michael Beschloss has been called by Newsweek "the nation's leading presidential historian." Author of five previous books on American Presidents, he is a frequent lecturer and a regular commentator on ABC News and PBS's The NewsHour with Jim Lehrer. Born in Chicago, he is a trustee of the White House Historical Association, the National Archives Foundation, and the Thomas Jefferson Foundation. He lives in Washington, D.C.

Traditionalists argue that some books must be read, not listened to. This book must be heard. Lyndon Johnson's words on the page are common; his voice is a revelation. The man could bully and wheedle, but he could also feel and bleed. This true-life audio drama shattered my image of the terrible oaf who backed us into Vietnam. What was most terrible about this man was his vulnerability. When he calls Jacqueline Kennedy "darling," it's right after the assassination, and you can hear the ache in his voice. Beschloss reads the background superbly. Judith Ivey performs Lady Bird's journals with brio. Robert McNamara, Martin Luther King, Jr., and J. Edgar Hoover all play themselves. Especially diverting are Hoover's tips for spotting homosexuals. B.H.C. © AudioFile 2002, Portland, Maine-- Copyright © AudioFile, Portland, Maine