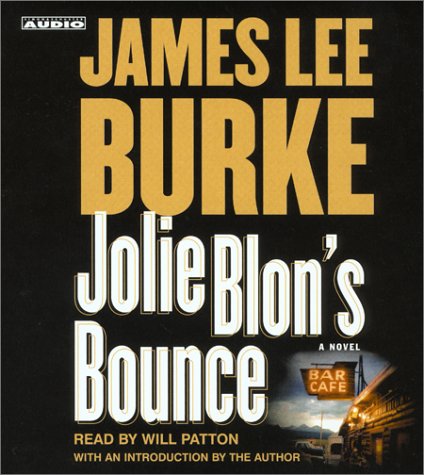 Battling personal demons while working on two murders, New Iberia police detective Dave Robicheaux believes that chief suspect Tee Bobby Hulin is innocent but must find the real killer before one of the victims' fathers metes out his own justice. Read by Will Paton.

Dave Robicheaux, the Louisiana cop who's easily one of the most complex and compelling protagonists in mystery fiction, confronts his own demons as well as a brutal adversary who might be the devil himself in this dark thriller. This is classic James Lee Burke, the master stylist, writing at the top of his game:

"I wanted to drive deep into the Atchafalaya Swamp, past the confines of reason, into the past... on the tree-flooded alluvial rim of the world, where the tides and the course of the sun were the only measures of time (and) all you had to do was release yourself from the prison of restraint, just snip loose the stitches that sewed your skin to the hairshirt of normalcy."

The plot hinges on a pair of murders that don't seem to be connected--a mobbed-up prostitute and a pretty young teenage girl--and the Cajun blues singer accused of both crimes. Robicheaux believes that Tee Bobby Hulin, the gifted musician whose original composition provides the title for this brilliantly realized Gothic crime novel, is innocent. Proving it puts him in the sights of a vicious old overseer named Legion, whose almost supernatural powers nearly drown Robicheaux in the swamp of his own addictions. The narrative proceeds slowly, but Burke's dedicated fans won't begrudge him one beautifully turned phrase, gloriously limned description, or insightful characterization: they just don't get any better than this one. --Jane Adams About the Author:

James Lee Burke is a New York Times bestselling author, two-time winner of the Edgar Award, and the recipient of the Guggenheim Fellowship for Creative Arts in Fiction. He’s authored thirty-six novels and two short story collections. He lives in Missoula, Montana.