Items related to Bag Of Bones 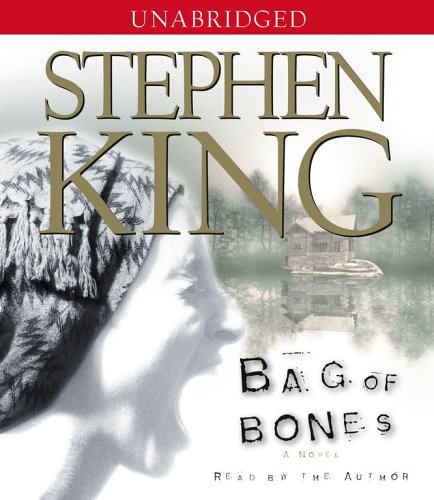 Set in the fictional town of Castle Rock, Maine

From #1 New York Times bestselling author Stephen King, a powerful tale of grief, of love's enduring bonds, and the haunting secrets of the past.

Set in the Maine territory King has made mythic, Bag of Bones recounts the plight of forty-year-old bestselling novelist Mike Noonan, who is unable to stop grieving following the sudden death of his wife Jo, and who can no longer bear to face the blank screen of his computer.

Now his nights are plagued by vivid nightmares, all set at the Maine summerhouse he calls Sara Laughs. Despite these dreams, or perhaps because of them, Mike returns to the lakeside getaway. There he finds his beloved Yankee town held in the grip of a powerful millionaire, Max Devore, who will do anything to take his three-year-old granddaughter away from her widowed young mother. As Mike is drawn into their struggle, as he falls in love with both mother and child, he is also drawn into the mystery of Sara Laughs, now the site of ghostly visitations, ever-escalating nightmares, and the sudden recovery of his writing ability. What are the forces that have been unleashed here—and what do they want of Mike Noonan?

First published in 1998, Bag of Bones was an instant #1 New York Times bestseller. It was lauded at its publication as “hands down, Stephen King’s most narratively subversive fiction” (Entertainment Weekly) and his “most ambitious novel” (The Atlanta Journal-Constitution).

No longer content to be the prolific provider of text, King grabs the audio reins to recount this haunted tale of grief, young love, and otherworldly visits. When 40-year-old bestselling novelist Mike Noonan returns to his lakeside cabin to process his wife's death, he finds the place a beacon for nightmares and ghoulish visits. But there's hope in Kingsville, as this struggling writer falls in love with a young widow named Mattie and her 3-year-old psychic daughter, Kyra. If you've never heard King speak, be warned: 19-plus hours of his western Maine, nasal-drenched tones may be more than some listeners can bear. But there's a certain warmth and believability to King's voice--after all, it's his book and he is a middle-aged bestselling novelist--that jive well with Noonan's character. And since King rarely reads his own work, perhaps his doing so indicates that he's especially pleased with Bag of Bones; most listeners should be as well. (Running time: 19.5 hours, 14 cassettes) --Rob McDonald

Here is Stephen King's most gripping and unforgettable novel -- a tale of grief and lost love's enduring bonds, of haunting secrets of the past, and of an innocent child caught in a terrible crossfire.

Four years after the sudden death of his wife, forty-year-old bestselling novelist Mike Noonan is still grieving. Unable to write, and plagued by vivid nightmares set at the western Maine summerhouse he calls Sara Laughs, Mike reluctantly returns to the lakeside getaway. There, he finds his beloved Yankee town held in the grip of a powerful millionaire, Max Devore, whose vindictive purpose is to take his three-year-old granddaughter, Kyra, away from her widowed young mother, Mattie. As Mike is drawn into Mattie and Kyra's struggle, as he falls in love with both of them, he is also drawn into the mystery of Sara Laughs, now the site of ghostly visitations and escalating terrors. What are the forces that have been unleashed here -- and what do they want of Mike Noonan?