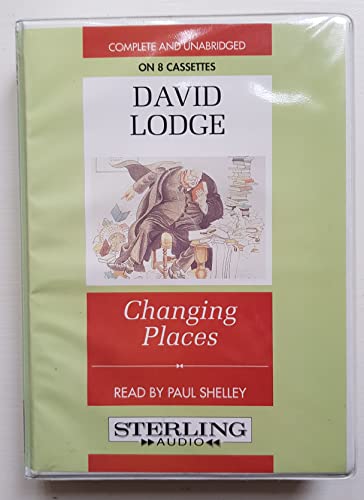 When Phillip Swallow and Professor Morris Zapp participate in their universities' Anglo-American exchange scheme, the Fates play a hand, and each academic finds himself enmeshed in the life of his counterpart on the opposite side of the Atlantic. Nobody is immune to the exchange: students, colleagues, even wives are swapped as events spiral out of control. And soon both sun-drenched Euphoric State University and rain-kissed University of Rummidge are a hotbed of intrigue, lawlessness and broken vows...'Not since Lucky Jim has such a funny book about academic life come my way' - "Sunday Times".

David Lodge has written many bestselling novels, including THINKS and NICE WORK. His books have sold well over a million copies in Penguin. Formerly Professor of English at Birmingham University, he now writes full-time. He continues to live in Birmingham.