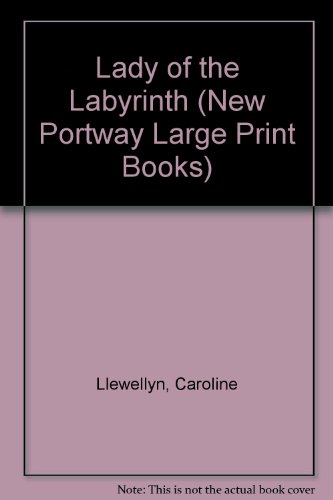 After learning that her father, architect Hugo Raphael, has escaped from his Libyan captors, Alison journeys to Sicily, accompanied by her half-brother Jay, to search for him and finds romance, ancient legends, and modern evil

Llewellyn ( The Masks of Rome ) sets her second accomplished romantic mystery in Sicily, where young Alison Jordan, a government researcher working in Bonn, travels with her half-brother Jay to search for their father, famed archeologist and architect Hugo Raphael. Hugo, whose monumental achievements match his ego, has been reported missing from Libya where he may have been detained against his will, designing a desert city for Qaddafi. Alison, who is unsure of her feelings for the father she has rarely seen, and Jay, whose devotion to the man is unmitigated, believe he may turn up at the ancient castle in Sicily's coastal mountains that had once been his home. Against a background of modern corruption and ancient myths of the earth goddess, Alison discovers surprises in her past, and, in a fully satisfying climactic passage through centuries-old mountain caves, achieves understanding of the ways of her own heart, as well as others'. Llewellyn skillfully weaves ancient and modern threads of greed and revenge into a richly atmospheric tale that delivers considerably more than its genre generally promises. Troll Book Club and Readers Digest Book Club main selections.
Copyright 1990 Reed Business Information, Inc.

Where is Hugo Raphael, the famous American architect and archaeologist? Why is the Libyan government pursuing him? More importantly, Alison asks herself why her estranged father would go to work for Qaddafi in the first place. These initial questions send Alison and her 15-year-old half-brother Jay to remote Sicily in search of answers. This creative and unusual story occurs immediately after the American bombing of Tripoli but represents a culture from a time long before this era. Llewellyn vividly describes the ancient ruins and explains most of the mythological references in this fast-moving mystery. Readers will feel part of each and every scene, and will not want to put the book down. --Claudia Moore, W. T. Woodson High School, Fairfax, VA
Copyright 1990 Reed Business Information, Inc.