Items related to An Illustrated History of Gospel

An Illustrated History of Gospel 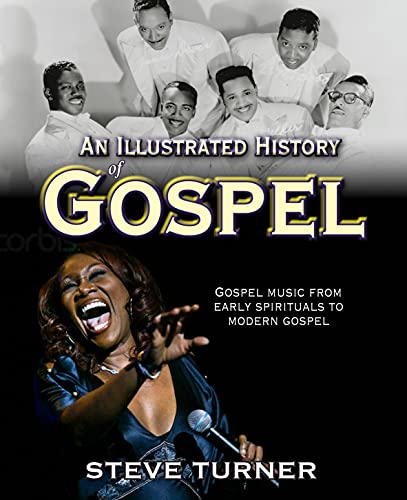 From early spirituals to urban gospel, this definitive guide to gospel music expounds in great detail upon the most highly praised but least well known of the influences to contemporary rock, soul, and rap

Far beyond its immediate image of robed choirs, gospel—through its solo singers and quartets, its impresarios and recording companies—has helped to give voice to the history of black people in America as well as shaping more obviously secular musical forms such as blues and rock and roll. In this compelling and lively study, the story of gospel is told against the backdrop of over a century and a half of social and economic changes taking place in America. Its history is traced from its earliest expressions on the plantations of the south to initial influences in churches, its movement into the mainstream of popular music, and on to its major period of popularity and influence in the middle decades of the 20th century. Also featuring original interviews conducted by the author with many legendary figures of gospel and illustrated with gorgeous full-color photographs throughout, this authoritative guide to gospel music covers slavery and spirituals; the 1920s and Thomas Dorsey; the Golden age from 1945 to the 1960s and Mahalia Jackson; the 80s and Aretha Franklin; as well as the urban gospel of today—including dance, hip hop, R&B, and more.

Steve Turner is an experienced music journalist and biographer whose articles have appeared in Rolling Stone and the Times, among others. He is the author of Amazing Grace, Cliff Richard: The Bachelor Boy, A Hard Day's Write, The Man Called Cash, and Trouble Man: The Life and Death of Marvin Gaye.

a definitive guide to 150 years of gospel music.” Vicksburg Post

1. An Illustrated History of Gospel. Gospel music from early spirituals to contemporary urban

Shipping: US$ 17.95
From Netherlands to U.S.A.
Destination, rates & speeds

2. An Illustrated History of Gospel

3. An Illustrated History of Gospel

4. AN ILLUSTRATED HISTORY OF GOSPEL