Items related to Flight of a Witch (Inspector Felse Mystery) 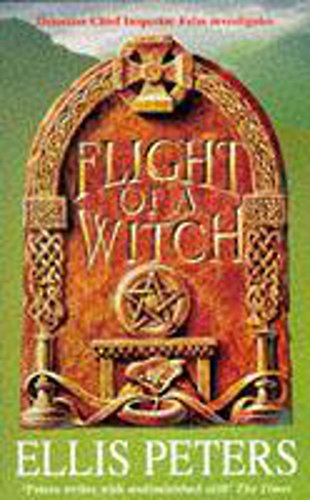 Ellis Peters is a pseudonym of Edith Mary Pargeter (1913 1995), a British author whose Chronicles of Brother Cadfael are credited with popularizing the historical mystery. Cadfael, a WelshBenedictinemonk living atShrewsbury Abbey in the first half of the twelfth century, has been described as combining the curious mind of a scientist with the bravery of a knight-errant. The character has been adapted for television, and the books drew international attention to Shrewsbury and its history.Pargeter won an Edgar Awardin 1963 for"Death and the Joyful Woman", and in 1993 she won theCartier Diamond Dagger, an annual award given by theCrime Writers Association of Great Britain. She was appointedofficer of the Order of the British Empirein 1994, and in 1999 the BritishCrime Writers Associationestablished theEllis Peters Historical Daggeraward, later called the Ellis Peters Historical Award.

Ann Beck disappears on the Hallowmount and reappears days later with many questions. Detective George Felse arrives on the scene to investigate a death that may tie into her mysterious wanderings. Peters is the bestselling author of the Brother Cadfael series of medieval whodunits. The lavish English accent of narrator Derek Hutchinson provides a vivid look at the countryside in England where this story takes place. The fiction is composed of copious descriptions related with precision. Character vocalizations are uniquely discernible and assist one in following the plot. As the mystery unfolds, the narration lures one along a trail of betrayal, robbery, and murder. B.J.L. © AudioFile 2002, Portland, Maine-- Copyright © AudioFile, Portland, Maine