Items related to Neruda : A Passion for Life

Neruda : A Passion for Life 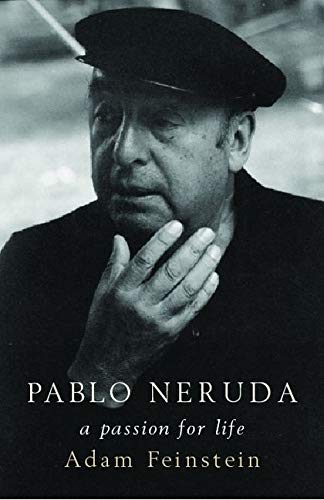 More than 30 years after the death of the Nobel Prize-winning Chilean poet, millions around the globe continue to woo their lovers with lines from his Twenty Love Poems and A Song of Despair. Millions more have been enchanted by the emotional directness of the Elemental Odes, the epic power of the Canto General and the dazzling lyricism of his later love poetry. Neruda was a complicated man, both politically and emotionally. There were three marraiges and many love affairs - and Feinstein draws on interviews with the poet's closest friends, acquaintances and surviving relatives, as well as newly discovered documents, to explore those complexities. He follows Neruda's development from a sickly, sensitive child in southern Chile in the early years of the century to a writer of growing fame whose political sympathies led to friendship with Federico Garcia Lorca and active support for the Republican cause during the Spanish Civil War. Then came a year in hiding from Chile's dictator, under threat of death, before a dramatic escape to exile, and through it all his controversial loyalty to Stalinism even after Stalin's crimes had been exposed.

Adam Feinstein has published articles on Spanish and Latin American literature in many newspapers and magazines, and has translated the work of Federico Garcia Lorca and Mario Benedetti for Modern Poetry in Translation. He has worked for the Latin American Service of the BBC and has been a London correspondent for one of Spain's leading national daily newspapers, El Mundo. He lives in London.

1. Pablo Neruda: A Passion for Life