Items related to Charlotte Rampling: From Ingenue to Icon

Charlotte Rampling: From Ingenue to Icon 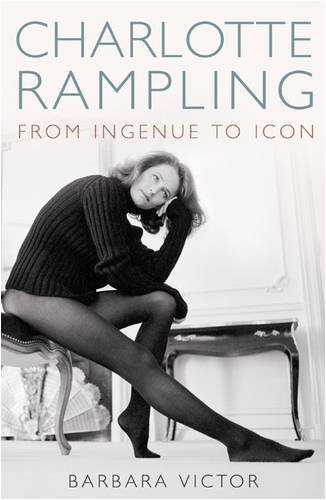 One of the most enigmatic and enduring actresses of our time, Charlotte Rampling has an allure that neither time nor age has dimmed. It is a combination of a very British reserve and a Gallic poise for which she is adored that makes her beloved in her adopted France; a smoldering intensity that hints at a troubled soul, nicknamed by Dirk Bogarde 'The Look'. For many she will always be Meredith in the sixties hit Georgy Girl, or the face of the controversial art house success The Night Porter, but in recent years she has made a new and vibrant career for herself working with new directors in challenging roles. Rampling has long maintained a discreet silence about both her private and professional lives, in particular her relationships, and the demons and passions that have driven her career. Her refusal to comment on stories and speculations in the press has only increased her status as an object of fascination. Basing her account on intimate conversations, Barbara Victor now tells Charlotte's life story in a open and uncompromising way. For the first time this is Charlotte's own perspective on the many losses and trials she has overcome, from her troubled childhood in England and the tragic death of her sister to the painful and protracted break up of her marriage to Jean Michel Jarre; from her first break in sixties London through her varied career to her recent successes in Francois Ozon's Under the Sand and Swimming Pool. The result is a fascinating insight into the life of one of contemporary cinema's most iconic yet little-known stars - a compelling portrait of a woman of unexpected warmth, intelligence, humanity and extraordinary strength.

Praise for Army Of Roses: 'An exemplary piece of journalism: rigorous, compassionate, even-handed and wholly compelling' Independent on Sunday

Barbara Victor is a journalist who has covered the Middle East for most of her career. She worked for CBS television for fifteen years and US News and World Report for which she was the first to interview Moammar Ghaddafi after the 1986 American raid on Tripoli. She has also written for Elle, the New York Times, Wall Street Journal, Newark Star Ledger and the Los Angeles Times. Ms Victor has written five novels and seven non-fiction books. Her book and documentary on women suicide bombers, Army of Roses, was published in more than fifteen countries and the documentary was aired throughout Europe and South America. A frequent lecturer on the Middle East and on women's issues, she lives in New York with her husband and three dogs.