Items related to The International Film Musical (Traditions in World... 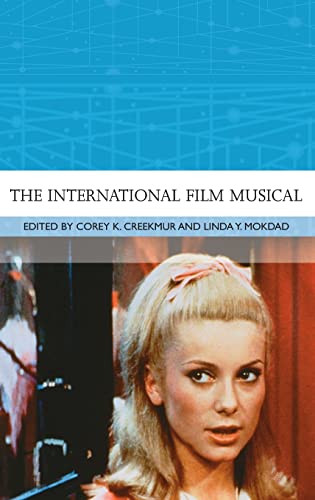 This is the first comparative consideration of the musical's role within national cinema traditions. While the musical is one cinema's few genuinely international genres, it has often functioned as an explicitly local or national form, drawing upon distinct traditions understood as 'native' rather than 'international'. Simultaneously, musicals from around the world have often imitated Hollywood models, resulting in their easy dismissal as culturally 'impure' and demonstrating the creative and ideological tension between promoting and abandoning traditional cultural forms and styles. This productive tension between local and global elements lies at the heart of international film musicals, which typically acknowledge the dominant Hollywood model while claiming their own cultural specificity.

Book Description EUP, 2020. Hardback. Condition: NEW. 9780748634767 This listing is a new book, a title currently in-print which we order directly and immediately from the publisher. Print on Demand title, produced to the highest standard, and there would be a delay in dispatch of around 10 working days. For all enquiries, please contact Herb Tandree Philosophy Books directly - customer service is our primary goal. Seller Inventory # HTANDREE0140819