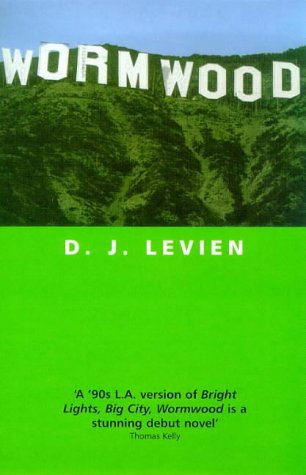 In this antic insider's tale as seen by Nathan Pitch, a movie studio grunt who managed to preserve his scruples while becoming a head story editor, Hollywood is referred to as "Wormwood," after the volatile ingredient in absinthe, the favored intoxicant of 19th-century Parisian artistes that is newly popular in Hollywood clubs. The novel tracks Pitch's three-year servitudeAhis arrival in L.A., loss of innocence, addiction and departureAall before he's 30. At first, Pitch lurches from a job with a sadistic agent into marketing focus groups, then lands in script development, finding that everyone he meets is a confirmed liar. He's in the Hollywood whirl among the broken, the stupid and the lunatic, surrendering to the grinding pace of nonstop work that merges with grueling recreational nights, which are all business, too. His eye for story material, the bricks and mortar of the system, makes him known for delivering honest "coverage." He is jaded, disillusioned and hooked on absinthe when he reads ("covers") a hot new novel that he thinks is beautiful. It's too literary for film and he won't recommend it to the studio president, Jumper Sussman. But, surrendering to what is left of his honor, he decides to write glorious coverage on it, knowing as he does that it isn't "filmic." A raging auction for the book's film rights ensues, which Sussman wins, to the tune of $1.7 million for the impoverished author and his ecstatic agentAa gift from Pitch. Levien's fiction debut holds out little hope for Hollywood, though outrageous scenes abound as Pitch, beaten but audacious, tries to disrupt the system. The swelling note of despair becomes tiresome, saved only intermittently by the author's energy and acute reportage. (June) FYI: Levien cowrote the screenplay for Rounders.
Copyright 1999 Reed Business Information, Inc.

The town where the laughing images are made transforms itself from Hollywood to Wormwood for the brilliant young narrator of this debut novel by screenwriter Levien, who coauthored (with Brian Koppelman) 1998's star-heavy film Rounders. At 20, Nathan Pitch (as in What's the pitch?) comes to Hollywood full of dreams about becoming a member of the creative side of filmmaking. He starts out, as have many top film folk, at the bottom, in the mail room of an agency, where he quickly learns that even on the lowest levels all life in Hollywood is on a this-for-that trade basis. Over a three-year period Nathan works his way up from secret script reader to full-fledged script reader to D-guy (script development) to story editor for a development agencyby age 23, at which point he's a burnt-out shell and fired. His demise comes about partly from a growing addiction to the new Hollywood craze for absinthe, a drink whose highs leave its victims skinny and gaunt. Just as corrosive as absinthe, however, is the meretriciousness of every deal Nathan comes in contact with. During his stint in the trenches the one film he helps bring before the cameras is a breathlessly worthless piece of schlock. As he learns, his company is interested only in sucking up as many sweet development deals as possible and rewriting scripts over and over: Actual filmmaking kills the whole development process. A smartly groomed, episodic novel that ironically, in spite of its luridly cinematic moments and business knifings, is itself too literary to become a strong movie without cheapening its classiness with some outlandish plot twist. What of it? Its still among the top savagings of Hollywood since Budd Schulberg's 1941 What Makes Sammy Run? -- Copyright ©1999, Kirkus Associates, LP. All rights reserved.

Book Description Hyperion Books. Paperback. Condition: Fair. A readable copy. All pages are intact, and the cover is intact. Pages can include considerable notes-in pen or highlighter-but the notes cannot obscure the text. At ThriftBooks, our motto is: Read More, Spend Less. Seller Inventory # G0749004592I5N00

Book Description Allison and Busby, 2000. Paperback. Condition: Used; Good. **Simply Brit** Shipped with Premium postal service within 24 hours from the UK with impressive delivery time. We have dispatched from our book depository; items of good condition to over ten million satisfied customers worldwide. We are committed to providing you with reliable and efficient service at all times. Seller Inventory # 2082825

Book Description -. Paperback. Condition: Very Good. Wormwood This book is in very good condition and will be shipped within 24 hours of ordering. The cover may have some limited signs of wear but the pages are clean, intact and the spine remains undamaged. This book has clearly been well maintained and looked after thus far. Money back guarantee if you are not satisfied. See all our books here, order more than 1 book and get discounted shipping. Seller Inventory # 7719-9780749004590

Book Description Paperback. Condition: Good. The book has been read but remains in clean condition. All pages are intact and the cover is intact. Some minor wear to the spine. Seller Inventory # GOR005545541

Book Description Paperback. Condition: Very Good. The book has been read, but is in excellent condition. Pages are intact and not marred by notes or highlighting. The spine remains undamaged. Seller Inventory # GOR001759748

Book Description Paperback. Condition: Fair. A readable copy of the book which may include some defects such as highlighting and notes. Cover and pages may be creased and show discolouration. Seller Inventory # GOR005545542