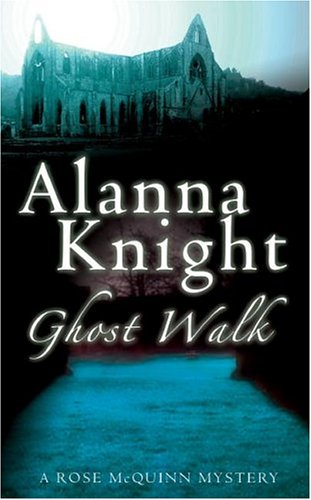 Rose McQuinn, daughter of one of Scotland's most successful detectives, Chief Inspector Jeremy Faro, followed her heart and married the man of her childhood dreams, Danny McQuinn. However, Danny's work in Arizona with Pinkerton's Detective Agency exposed him to many dangerous enemies, and one day he disappeared from Rose's life altogether. Believing him to be dead and grieving the loss of both her husband and baby son, Rose returned to England in order to start a new life.

It is June, 1897 and three years have passed since that tragic period in Rose's life. She has now fulfilled her ambition of becoming a `Lady Investigator, Discretion Guaranteed' and is about to marry her long-term lover, Detective Inspector Jack Macmerry of the Edinburgh Police. But pre-wedding jitters become the least of her worries when a nun from the local convent claims to have received a letter from Danny. Is the elderly nun just senile, or could Danny really still be alive? In which case, why would he not write to his wife? Unnerved and determined to find out the truth before her wedding, Rose begins to investigate. However, after two suspicious deaths, all the signs suggest that a ghost is about to walk back into her life.

ALANNA KNIGHT was born and educated in Tyneside, and now lives in Edinburgh. Since the publication of her first book in 1969, Alanna Knight has written more than forty novels (including eleven in the successful Inspector Faro series), four works of non-fiction, numerous short stories and two plays. She is a founding member of the Scottish Association of Writers and Convener of the Scottish Chapter of the Crime Writers’ Association and gives talks through the Writers’ Register of the Scottish Book Trust.