Items related to The Sorrow of War

Bao Ninh The Sorrow of War

The Sorrow of War 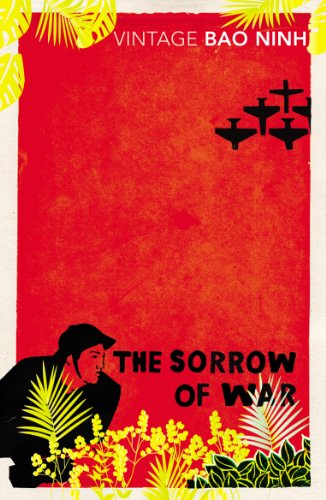 Kiens job is to search the Jungle of Screaming Souls for corpses. He knows the area well this was where, in the dry season of 1969, his battalion was obliterated by American napalm and helicopter gunfire. Kien was one of only ten survivors. This book is his attempt to understand the eleven years of his life he gave to a senseless war. Based on true experiences of Bao Ninh and banned by the communist party, this novel is revered as the All Quiet on the Western Front for our era.

Bao Ninh was born in Hanoi in 1952. During the Vietnam war he served with the Glorious 27th Youth Brigade. Of the five hundred who went to war with the brigade in 1969, he is one of ten who survived. A huge bestseller in Vietnam, The Sorrow of War is his first novel.

1. The Sorrow of War

2. The Sorrow of War

3. The Sorrow of War

4. The Sorrow of War

5. The Sorrow of War

Book Description Vintage Classics, 1997. Taschenbuch. Condition: Neu. Neu neuware, auf lager - Bao Ninh was one of 500 hundred men who served with the Glorious 27th Youth Brigade, but was also one of the only 10 who survived. This is his autobiographical novel, and will appeal to fans of Wilfred Owen and such titles as 'All Quiet on the Western Front'. 224 pp. Englisch. Seller Inventory # INF1000442518

6. THE SORROW OF WAR