Items related to The Buttercup Fields 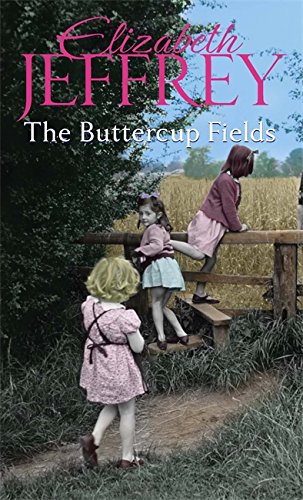 Since they were pupils in the village school, it had been obvious that Becca the ploughman's daughter and George the blacksmith's son would one day marry. But Becca's scheming younger sister, Ellen, upsets their plans with a shocking announcement: she is pregnant with George's child.

Shock and disillusionment sour Becca's good nature, but it is partly restored when Jethro, newly returned to the district, begins to pay her attention and eventually proposes marriage. He has inherited a nearby cottage from his aunt, and has plans to build a business specialising in furniture.

While Becca and Jethro run their thriving business, Ellen and George have too many children and not enough money. The needy Ellen is forced to accept the charity that Becca offers, but it seems the two sisters will not be true friends again. Especially as George remains convinced he married the wrong sister . . .

Elizabeth Jeffrey lives near Colchester in Essex, where many of her historical sagas are set. She is the author of more than fifteen novels and over a hundred published short stories. She is married with three children and seven grandchildren.