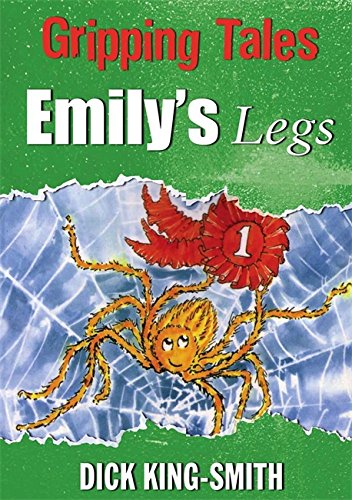 Emily was like her 99 brothers and sisters, until she won all the eight-legged races at spider sports. People grew suspicious and counted her legs. She had 10! But there's something special about Emily's legs that will change her life for ever.

Dick-King Smith is the author of over 100 children's books, including the highly popular story of Babe. He has won the Guardian Award, Children's Book Awards, Horn Book Award and was nominated as the Children's Author of the Year in 1991. He has 3 children, 12 grandchildren and 2 great-grandchildren.

Book Description Wayland, 2008. Paperback. Condition: Used; Good. **SHIPPED FROM UK** We believe you will be completely satisfied with our quick and reliable service. All orders are dispatched as swiftly as possible! Buy with confidence!. Seller Inventory # 1571868

Book Description Paperback. Condition: Very Good. The book has been read, but is in excellent condition. Pages are intact and not marred by notes or highlighting. The spine remains undamaged. Seller Inventory # GOR002955440

Book Description Paperback. Condition: Good. The book has been read but remains in clean condition. All pages are intact and the cover is intact. Some minor wear to the spine. Seller Inventory # GOR004518581