Items related to The Peenemunde Deceptions 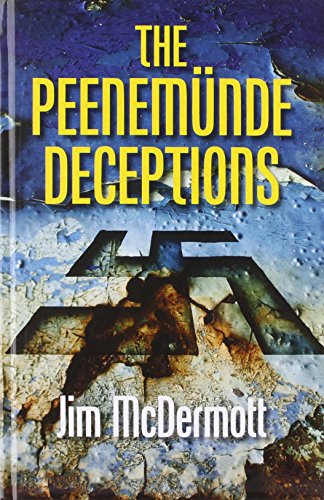 Peenemunde: windswept corner of the Third Reich and birthplace of the space age. Otto Fischer, a severely wounded Luftwaffe officer and former criminal investigator, is summoned to solve a seemingly incomprehensible case: the murder of a leading rocket engineer during a devastating air-raid. With only days until the SS assume control of the production of a remarkable new weapon, Fischer must find a motive and perpetrator from among several thousand scientists, technicians, soldiers and forced labourers. As he struggles to get the measure of the secretive world in which imagination moves far beyond the limits of technology, a solitary crime draws him into a labyrinth of conspiracy and treason.

James McDermott holds a Doctorate in History and is a decorated writer. His previous publications include Martin Frobisher:Elizabethan Privateer (Yale University Press, 2001) which won the Keith Matthews Prize from the Canadian Nautical Research Society, 2001 and was short-listed for the James Tait Black Memorial Prize for Biography, 2001; The Third Voyage of Martin Frobisher to Baffin Island, 1578 (Hakluyt Society, 2001); England and the Spanish Armada: The Necessary Quarrel (Yale University Press, 2005); British Military Service Tribunals, 1916 - 1918: 'Avery much abused body of men' (Manchester UP, July 2011).

Book Description Paperback. Condition: Very Good. The book has been read, but is in excellent condition. Pages are intact and not marred by notes or highlighting. The spine remains undamaged. Seller Inventory # GOR008522153