Items related to Jane Austen (Get a Life)

Jane Austen (Get a Life) 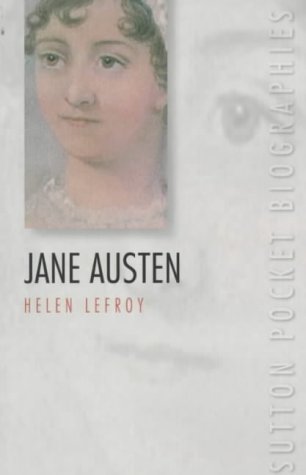 Jane Austen's six novels have become part of the fabric of English life, and have reached new audiences through dramatizations on stage and screen. This book, which draws on her letters, describes Jane's life in the vicarage at Steventon and later at Bath and Chawton, her relationships with family and friends, especially her beloved sister Cassandra, the society which she inhabited and the detail of 19th-century life which she so sharply observed and which provided a background to the novels she created.

Wright's extensive work with the RSC includes roles in Shakespeare, restoration comedy, commedia and new plays. She has also worked in television and film.

Biographies of writers like Jane Austen are often too dense and detailed for the casual reader. This one, complete on two cassettes, is a well-paced narrative packed with substance (even if it offers little more style than an encyclopedia entry). Although it includes some speculation on Jane's possible love affair(s), the story (written by a descendant of Jane's friend Mrs. Lefroy) follows the Austen family line, smoothing out a few unpleasant wrinkles in its subject's life and avoiding controversy. Nevertheless, it's a useful summary for anyone who wants to know something about the creator of those eternally fascinating characters and stories. Pleasant-voiced Anita Wright is a completely satisfactory narrator. S.P. (c) AudioFile, Portland, Maine