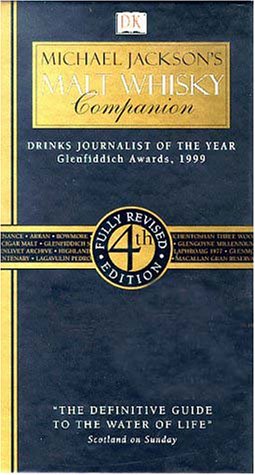 Focusing on 525 completely new whiskies that have come onto the market since 1995, this book includes 120 re-tastings and re-evaluations of whiskies originally featured in the third edition. In addition there are over 800 tasting notes and a quick reference to 115 distilleries.

Michael Jackson is the world's leading authority on whisky. He has won many accolades, including the Andre Simon Award and no fewer than five Glenfiddich Awards. He also contributes to a number of publications, including The Independent and Whisky Magazine. Michael lives in Hammersmith, London.

"a handsome hardback tome" "Here in one volume is a fascinating history of whisky" "Buy the book and enjoy a voyage of discovery." What's Brewing "Jackson's guide to individual distilleries remains the best companion to the more traditional malts". The Guardian (Review)