Items related to The Story of Philosophy

The Story of Philosophy 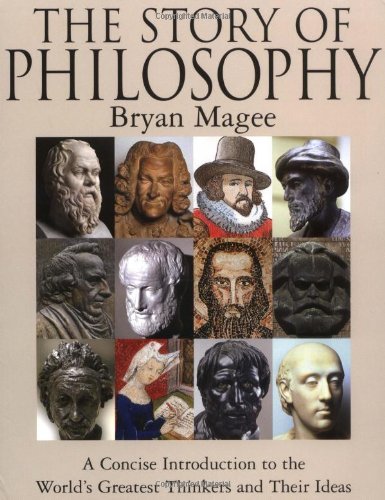 Philosophy is a subject that influences many aspects of our lives and our understanding of our experiences yet it can seem dauntingly inaccessible. This book features history of Western philosophy. It traces over 2500 years of Western philosophy from the Ancient Greeks to modern thinkers.

Bryan Magee has been one of the most successful English-language popularizers of philosophy in the 20th century; in this coffee-volume, he presents a brief but information-packed history of Western philosophy from pre-Socratic Greek philosophers like Thales and Heraclitus to postmodern French thinkers like Derrida and Foucault. Illustrations fill every page, offering not only portraits of the major philosophical thinkers but illustrations of some of their key concepts, while ample marginalia provide supplementary information for historical context.

A distinguished Oxford academic and critic, Bryan Magee has also written a regular column for The Times, authored a variety of successful books on philosophy and presented two popular TV series, for which he was awarded the Silver Medal of the Royal Television Society * Bryan Magee's published titles include: Modern British Philosophy, Papper, The Philosophy of Schopenhauer, Confessions of a Philosopher and Wagner and Philosophy.

1. The Story of Philosophy