Items related to The Dark Tower The Gunslinger

The Dark Tower The Gunslinger 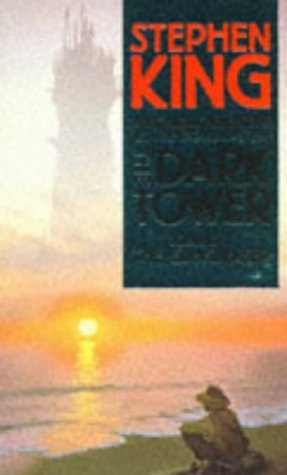 FOR USE IN SCHOOLS AND LIBRARIES ONLY. The first in King's epic Dark Tower series.

Thirty-three years, a horrific and life-altering accident, and thousands of desperately rabid fans in the making, Stephen King's quest to complete his magnum opus rivals the quest of Roland and his band of gunslingers who inhabit the Dark Tower series. Loyal DT fans and new readers alike will appreciate this revised edition of The Gunslinger, which breathes new life into Roland of Gilead, and offers readers a "clearer start and slightly easier entry into Roland's world."

King writes both a new introduction and foreword to this revised edition, and the ever-patient, ever-loyal "constant reader" is rewarded with secrets to the series's inception. That a "magic" ream of green paper and a Robert Browning poem, came together to reveal to King his "ka" is no real surprise (this is King after all), but who would have thought that the squinty-eyed trio of Clint Eastwood, Lee Van Cleef, and Eli Wallach would set the author on his true path to the Tower? While King credits Tolkien for inspiring the "quest and magic" that pervades the series, it was Sergio Leone's The Good, the Bad, and the Ugly that helped create the epic proportions and "almost absurdly majestic western backdrop" of Roland's world.

To King, The Gunslinger demanded revision because once the series was complete it became obvious that "the beginning was out of sync with the ending." While the revision adds only 35 pages, Dark Tower purists will notice the changes to Allie's fate and Roland's interaction with Cort, Jake, and the Man in Black--all stellar scenes that will reignite the hunger for the rest of the series. Newcomers will appreciate the details and insight into Roland's life. The revised Roland of Gilead (nee Deschain) is embodied with more humanity--he loves, he pities, he regrets. What DT fans might miss is the same ambiguity and mystery of the original that gave the original its pulpy underground feel (back when King himself awaited word from Roland's world). --Daphne Durham

1. The Dark Tower The Gunslinger