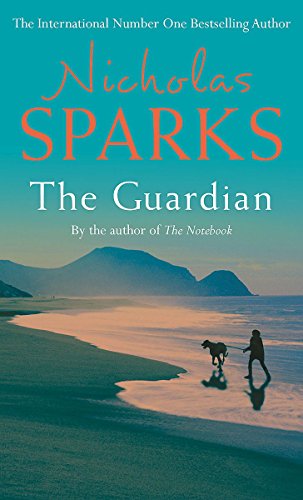 Since her husband's tragic death fours years before, 29-year-old Julie Barenson had been reluctant to date, but now feels ready to test the waters. Soon, she is being wined and dined by Richard Franklin, a handsome and sophisticated engineer who treats her like a queen. She also suddenly finds herself entertaining romantic thoughts about Mike Harris, her best friend in the world. Mike is nowhere near as debonair as Richard and has permanent grease stains on his hands from his work as an auto mechanic, but he's funny, loyal, and a great favourite with Julie's beloved dog Singer. When Julie innocently chooses between the two men, she has no idea that she will set off a chain of events at once terrifying, dangerous and, ultimately, deadly. A riveting tale of love, jealousy and obsession, THE GUARDIAN has all the romance that Nicholas Sparks' fans have come to expect as well as a new element of suspense that will keep them turning the pages late into the night.

With over 105 million copies of his books sold, Nicholas Sparks is one of the world's most beloved storytellers. His novels include thirteen number one New York Times bestsellers. All Nicholas Sparks' books have been international bestsellers and have been translated into more than fifty languages. Eleven of his novels have been adapted into major films - The Longest Ride, The Best of Me, Safe Haven, The Lucky One, The Last Song, Dear John, Nights in Rodanthe, Message in a Bottle, A Walk to Remember, The Notebook and The Choice. For all the latest news from Nicholas Sparks, sign up for his e-Newsletter at www.nicholassparks.com, and follow him on Facebook and Twitter: @NicholasSparks.

Narrator Anne Twomey unfolds this sinister story in beguiling, icy tones as Julie Barrenson returns to dating four years after her husband has died from a brain tumor. Little does she know that her devoted puppy, Singer, a surprise gift from her late husband, delivered after his death, will become her protector. Twomey's talent shines when she portrays the growing tension as Singer, with assertive growls, threatens to attack one of Julie's new suitors for no apparent reason. In bone-chilling tones, Twomey depicts the maniacal voice of madness that emerges as the story careens to a climax that almost costs Julie her life. G.D.W. © AudioFile 2003, Portland, Maine-- Copyright © AudioFile, Portland, Maine

4. THE GUARDIAN AN EPIC LOVE STORY FROM THE AUTHOR OF THE LAST SONG AND THE NOTEBOOK

5. THE GUARDIAN AN EPIC LOVE STORY FROM THE AUTHOR OF THE LAST SONG AND THE NOTEBOOK