Items related to The Lost Girl (Brennan and Esposito)

The Lost Girl (Brennan and Esposito)

The Lost Girl (Brennan and Esposito) 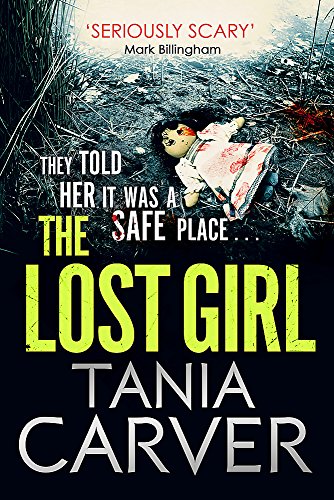 When three men are found hanged in locations around Colchester, Detective Inspector Phil Brennan gets the shock of his life. Not only are the victims dressed to look like him, but each carries a defaced tarot card in the pocket of their identical leather jackets, scrawled across with one name: Phil Brennan. The bodies aren't found in random locations - they're all in places where DI Brennan has caught a murderer. Someone is sending him a message. And he thinks he knows who it is... Shocking and thrilling, in this dramatic new Tania Carver thriller DI Phil Brennan and his wife, psychologist Marina Esposito, have their lives turned upside down as the past comes back to haunt their present with terrifying consequences.

Too few thriller writers produce books that genuinely thrill, but Tania Carver is one of them. These are seriously scary books―Mark Billingham

If Tania Carver doesn't creep you out, you should seek professional help―Val McDermid

Gruesome and fast-paced . . . this is definitely a white-knuckle ride.―Guardian on CHOKED

3. The Lost Girl (Brennan and Esposito)