Items related to The Liners: A Voyage of Discovery - The History of...

The Liners: A Voyage of Discovery - The History of Passenger Ships (Channel Four Book) 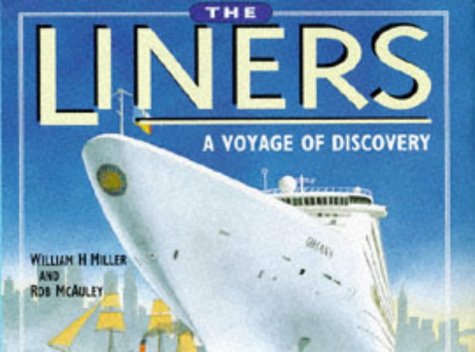 Linked to a Channel Four television documentary, this is an account of the ocean liner from the mid-19th century to the present. It explores the history of the world's great passenger ships, the lines that operated them, and the people they carried. The story encompasses changing technologies and economies, rivalry between nations, the rise and fall of empires both political and commercial, momentous events such as the sinking of the "Titanic", and the conversion of many liners for use as troopships during World War II, when conditions on board became so appalling that many soldiers died or mutinied. Those who populate the story include poor emigres seeking a new life, shipping magnates and heads of government pitting their ambitions against each other, and the wealthy and famous, travelling in a style very different from that of the steerage passengers. Beginning in the age when steamships revolutionized travel, the book ends with a glimpse of the technology of the 21st century when, it is predicted, there will be floating cities up to four times the size of the largest passenger liner ever built.

1. The Liners: A Voyage of Discovery - The History of Passenger Ships (Channel Four Book) Miller, William H. and McAuley, Rob

2. The Liners: A Voyage of Discovery - The History of Passenger Ships (Channel Four Book)