Items related to Going to Extremes 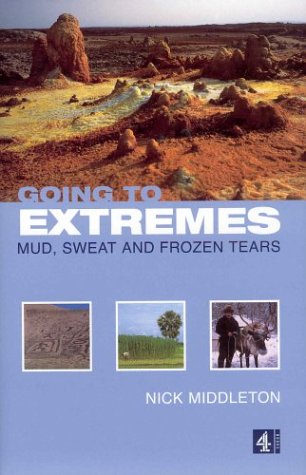 In Going to Extremes, Nick Middleton, a travel writer with a penchant for some of the more bizarre outposts of human habitation, ventures to the hottest, driest, coldest, and wettest inhabited places on Earth. He wants to know not only how people manage to live in these places, but also why they settled there in the first place. And, most intriguing of all—why they stay. He follows Stalin’s “Road of Bones” across Siberia’s icy wilderness to the world’s coldest town, then crosses the world’s oldest desert, the Atacama, to visit its driest. He descends into the cauldron of the Danakil Depression to suffer the searing intensity of an Ethiopian summer, then wades through the Indian monsoon to reach the world’s rainiest hills. Whether he’s risking castration in “the hell hole of creation” or facing the trauma of giant vampire slugs, Nick Middleton’s account of his journey to the edge is never less than fascinating.

Nick Middleton is a geography lecturer at Oxford University, specialising in deserts, and has written four travel books: The Last Disco in Outer Mongolia, Kalashnikovs and Zombie Cucumbers, Travels as a Brussels Scout and Ice Tea and Elvis.