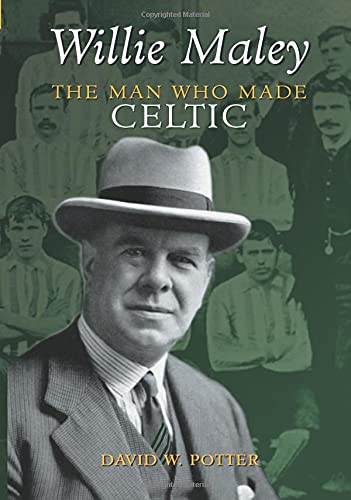 The first book on the great man who created three legendary teams at Celtic Football Club.

Celtic owe a lot to Willie Maley. He played in their first game in 1888 and won Scottish caps as a Celtic player in 1893. He became the club’s manager in 1897 and then set about building them into the best team in Scotland; Maley had a vision of Celtic as a world power in football and took them to play in England, Europe and United States. This book chronicles his playing career, the beginning of the great Edwardian Celtic team, the devastating effect of the Great War and the wealth of talent he uncovered up until he departed the club in 1940. This is the story of a remarkable club servant and the football institution he helped to build.

David Potter is a Celtic fan who has written several books on the club.

1. Willie Maley: The Man Who Made Celtic