Items related to Tramp to Queen 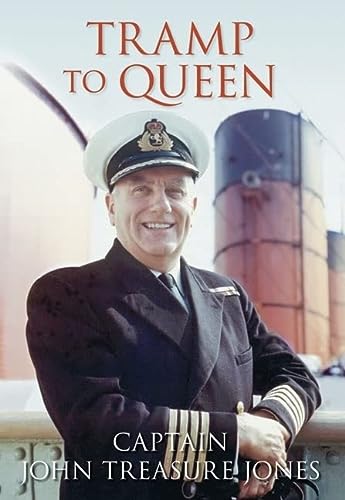 Born and raised on a small farm in Pembrokeshire, Wales, John Treasure Jones went to sea when he was fifteen. For the first four years he was indentured as an apprentice, surviving the ocean's in a small tramp steamer. Slowly, however, he worked his way up to become Captain of the most famous ocean liner afloat, Cunard's RMS Queen Mary. During the Second World War, as a Commander in the Royal Navy Reserve, he was torpedoed in the Atlantic and mentioned twice in Despatches. In the post-war years he mixed with film stars and royalty, commanding several of the famous Cunard liners, such as the Saxonia, Mauretania and Queen Elizabeth. In 1967 he took his final command - Queen Mary on her last voyage - a 12,000 - mile trip from Southampton to her retirement home in Long Beach, California.Captain Treasure Jones dies in 1993, but his manuscript was recently found and has been edited by his son-on-law to be reproduced here for the first time.

3. Tramp to Queen (Images of England)

5. Tramp To Queen: The Autobiography Of Captain John Treasure