Items related to Thorfinn the Mighty: The Ultimate Viking

Thorfinn the Mighty: The Ultimate Viking 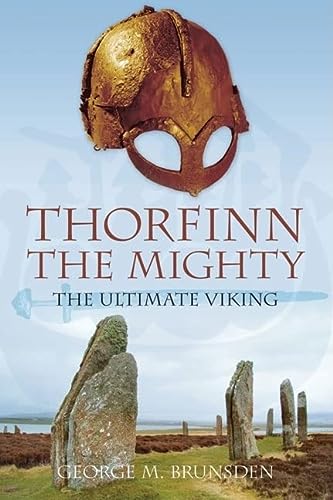 Surrounded by a Nordic world that spanned from Spitzbergen to the Mediterranean, and from Russia to North America, medieval Orkney was much more than just a remote group of islands off the north coast of Scotland. To rule Orkney was to control a key intersection along the Viking western sea route. Of all Orkney's early rulers, none understood this better than Earl Thorfinn the Mighty Sigurdarson. Descended from Norse chieftains and Scottish kings, Thorfinn was born into a competitive world undergoing great change. Old concepts of governing through brute strength were being supplanted by developing ideas of statesmanship. In the midst of this evolution, Thorfinn became its prime agent, evolving from avaricious Viking into just-minded Christian prince. After his transformation, he worked to give Orkney a permanent Christian temper and good governance. As Thorfinn evolved, so too did Orkney, taking its place in the medieval west. Authoritative and accessible, Thorfinn the Mighty is the first history to focus on the life and times of this important figure.

George Brunsdenis Professor of English at the University of Waterloo in Waterloo, Ontario."

1. Thorfinn the Mighty: The Ultimate Viking