Items related to The Battle for Quebec 1759: Britain's Conquest...

Ward, Matthew The Battle for Quebec 1759: Britain's Conquest of Canada

The Battle for Quebec 1759: Britain's Conquest of Canada 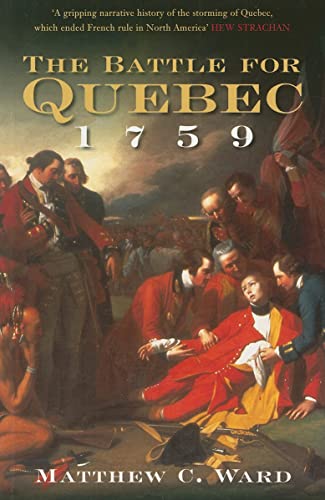 The definitive history of the campaigns in Canada between the British and French Empires during the Seven Years War. On September 13, 1759, British and French forces fought one of the most decisive battles of history, on the Plains of Abraham outside the Canadian capital of Quebec. The British force decisively routed the French, seized the city and ultimately all of Canada. Both the French and British commanders fell in the battle, and ever since the pathos and heroism of the encounter have engrossed historians. The struggle for Quebec was far more than one climactic battle. The campaign involved an immense military and naval operation, an 18th-century D-Day, which had begun the year before. Matthew Ward has researched extensively in archives in Britain and Canada to look at the entire campaign for Quebec, from its inception in Whitehall to its ultimate culmination in Montreal in 1760. He has probed beyond the actions of commanders and generals, to examine the experiences of the campaign for the ordinary soldier and civilian. What emerges is not just a picture of bravery and heroism, but also of a campaign which became increasingly brutal and cruel, both sides resorting to practices such as the routine scalping of enemy dead. It is also a surprising picture of the day-to-day, often mundane, lives of civilians and troops many thousands of miles from home.

Matthew C. Ward is the author of Breaking the Backcountry: The Seven Years’ War in Virginia and Pennsylvania, 1754–65.

"A gripping narrative history of the storming of Quebec, which ended French rule in North America."  —Hew Strachan, author, The First World War

"Highly recommended."  —Library Journal on Breaking the Back Country

Shipping: US$ 20.81
From United Kingdom to U.S.A.
Destination, rates & speeds

2. The Battle for Quebec 1759: Britain's Conquest of Canada

3. The Battle for Quebec 1759: Britain's Conquest of Canada