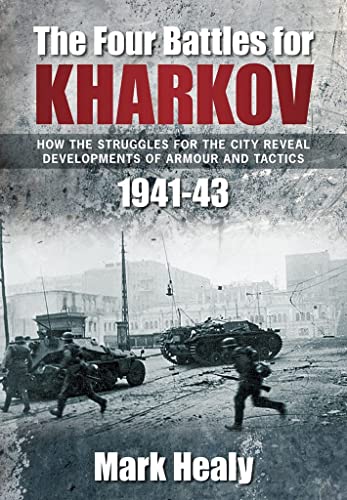 Between September 1941 and August 1943 the Red Army and the Wehrmacht fought four battles for control of Kharkov - the Soviet Union's fifth most populous city. Kharkov had been identified as a primary target by Hitler during the German Army's drive into the Eastern Ukraine in order that its industrial facilities could be harnessed to the Nazi war effort. Kharkov became the focus of ferocious battles between the combatants as they repeatedly vied for control of the city until the late summer of 1943, by which time over seventy per cent of it had been destroyed. In The Four Battles for Kharkov 1941-43, Mark Healy shows how armour and tactics evolved during the period by studying this one pivotal city, and how each battle was won. No other book has addressed each of these battles as a sequence, how the outcome of each had ramifications for the next offensive, and why the Wehrmacht - so superior in materiel - finally gave up the fight in 1943.