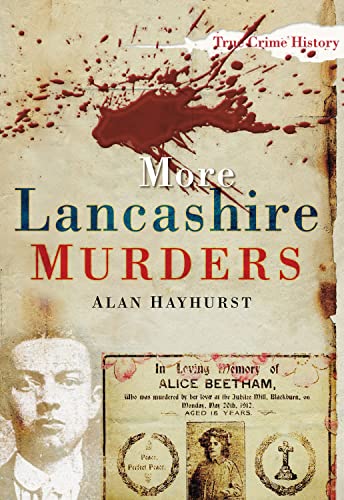 In this follow-up to Lancashire Murders, Alan Hayhurst brings together more murderous tales that shocked not only the county but made headline news throughout the nation. They include the case of Oldham nurse Elizabeth Berry, who poisoned her own daughter for the insurance money in 1887; Margaret Walber, who beat her husband to death in Liverpool in 1893; John Smith, the young Home-Guardsman who shot his ex-girlfriend in broad daylight at Whitworth in 1941; and Norman Green, who was hanged for the murder of two young boys in Wigan in the 1950s, but may have been responsible for a third death as well. Alan Hayhurst's well-illustrated and enthralling text will appeal to everyone interested in the shady side of Lancashire's history.

Alan Hayhurst is a retired bank manager. He has spent more than 40 years as a crime historian and has appeared as a guest on both Sky's History Channel and Channel 4. He is the author of numerous true crime titles, including Lancashire Murders, Staffordshire Murders, Cheshire Murders, and Greater Manchester Murders.