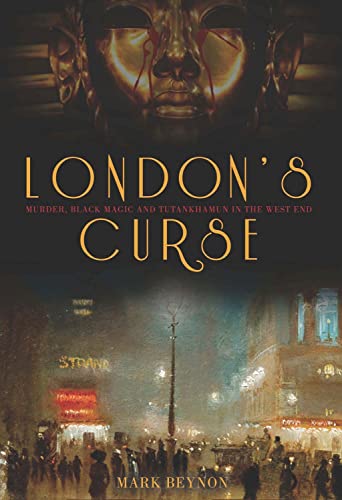 The first book to examine the bizarre sequence of deaths—all attributed to the "Curse of Tutankhamun"—that occurred in London's 1920s West End
Throughout the 1920 and 1930s, London was gripped by the supposed curse of Tutankhamun, the Egyptian boy-king of antiquity, whose tomb was uncovered in 1923. Over the next few years more than 20 of those involved in the tomb's exhumation perished in strange, often terrifying circumstances, prompting the myth of the curse. With a blend of meticulous research and educated conjecture, historian Mark Beynon explores the strange circumstances surrounding a brutal murder at the Savoy Hotel, sinister happenings at Mayfair's Bath Club, a mysterious suicide at St. James's Court, and a series of inexplicable deaths linked to the British Museum, and uncovers a wealth of hitherto unpublished material that lays bare the truth behind these fatalities. Set against the backdrop of London's glittering 1920s and 30s, the author delves deep into the murky underworld of a morally corrupt and decadent city, and uncovers evidence that these deaths were not only linked by the ominous presence of Tutankhamum himself, but also by a murderer hell-bent on retribution and dubbed by the press as "The Most Wickedest Man in the World."

Mark Beynon is a historian and the author of The Devil's Plague.

[London's Curse] is an intriguing read for anyone interested in Egyptology."  —San Francisco Book Review.com