Items related to Another Life: Lawrence After Arabia

Simpson, Andrew R. B. Another Life: Lawrence After Arabia

Another Life: Lawrence After Arabia 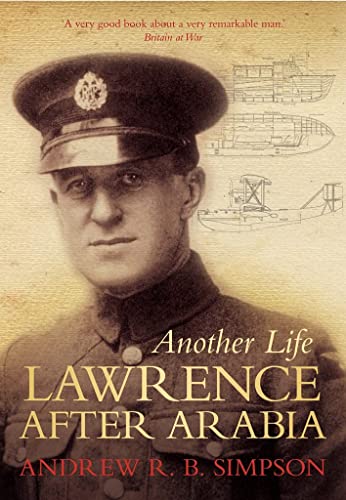 Drawing on previously unpublished interviews with some of those who knew Lawrence after Arabia, this book portrays the last years of one of the most astonishing figures of the 20th century and settles the reasons for his untimely death T. E. Lawrence found global recognition for his leadership of the Arab Revolt during World War I, harassing the Turks from Medina to Damascus and preparing the ground for the final Allied offensive in 1918. He was hailed as a hero, but little is known about the life of this mysterious and charismatic man after those events. This book is about his life after Arabia. It surveys his service in the RAF and the Tank Corps as a mere ranker, and details how he became an expert in the technology of the new RAF. It examines the work he did for the 1929 Schneider Trophy Race, the development of the new RAF 200 seaplane tender, and the development of its armor-plated offspring, the Armored Target Boat. It also investigates his literary endeavors and his tragically early death, a sad end to a Renaissance man of all talents, an academic, a talented engineer, and a soldier. He also was offered exalted diplomatic positions by Churchill, implored by Nancy Astor to enter the fray as the Nazi threat grew, and socialized with E. M. Forster, George Bernard Shaw, and the Cliveden set.

Andrew R.B. Simpson first became interested in Lawrence in 1985 at the 50th anniversary commemorations of T.E.'s death at Moreton, and 20 years of research followed. He is a member of the T.E. Lawrence Society.

1. Another Life: Lawrence After Arabia

2. Another Life: Lawrence After Arabia