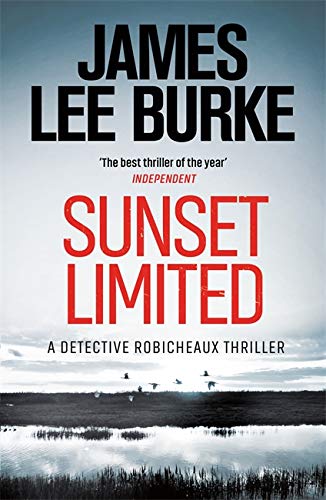 Megan and Cisco Flynn are back in town. Nobody had ever been caught for the Klan murder of their father, Jack, and Detective Dave Robicheaux knows that trouble cannot be far behind. Particularly when the Flynns get mixed up with the case of a small-time hustler named Cool Breeze Broussard. As the Flynns find themselves deeper and deeper in trouble, Robicheaux is trying to keep Cool Breeze alive. Something ties Breeze to the Flynns, and all three of them to local plantation magnate Archer Terrebonne. Something long past is poisoning all their lives, bringing death in its wake...

Imagine Philip Marlowe sans the cigarettes and in AA. Put him in Louisiana and jump forward 50 years or so and you've got David Robicheaux, a tough-talking detective with the same soft spot as his prototype for troublesome women and for delving into places into which he probably has no business. New Iberia, Louisiana, perfectly rivals Marlowe's L.A. for its grit and corruption and dames who'll turn a good guy bad.

James Lee Burke's 11th Robicheaux book, Sunset Limited, is a twisted mystery that at times becomes almost byzantine in its attempt to keep disparate characters and narratives wound in a cohesive story line. But Burke's writing is so stunning that all is forgiven as you become immersed in the tale, which meshes past and present to uncover the secret of a decades-old murder.

Forty years ago, a local labor leader was crucified in a crime that remains unsolved. Now, his daughter--Pulitzer Prize-winning photographer Megan Flynn--returns to New Iberia. With a seemingly insignificant remark to Robicheaux, she begins a chain of events that lead right back to her father's death. New Iberia, in some sense, is frozen in time as the age-old problems of race and class weave their way into the mystery, complicating Robicheaux's discovery of not only the original crime, but the wealth of murders that spring up along the way. Add in the Chinese mob, corrupt policemen, and a Hollywood film shoot, and the stage is set.

Burke's forte is his ability to create characters so evil they're liable to get you up in the night to check in your closet and under your bed. The players--both good and bad--are characterized more by their flaws than their attributes, giving everyone a wicked sheen. The book isn't overly gory (although short descriptions can be rather graphic), but everyone has a dark side, emphasizing the noir-ish tones of the novel. His writing is powerful, mixing tender landscapes ("[W]e dropped through clouds that were pooled with fire in the sunrise and came in over biscuit-colored hills dotted with juniper and pine and pinyon trees...") with dead-on, cutting descriptions ("His face was tentacled with a huge purple-and-strawberry birthmark, so that his eyes looked squeezed inside a mask") and the camp dialogue of Chandler ("Evil doesn't have a zip code"). Oddly, these sundry elements blend seamlessly, allowing you to overlook tenuous connections and occasionally confusing turns.

Don't pick this up expecting a happy ending. But for those who long for a modern-day Chandler, you'll find Sunset Limited a gripping and satisfying read. --Jenny Brown

"Terrific reading. Few writers in America can evoke a region as well as Burke."
--Philadelphia Inquirer

"Burke is a master at setting mood, laying in atmosphere, all with quirky, raunchy dialogue that's a delight."
--Elmore Leonard