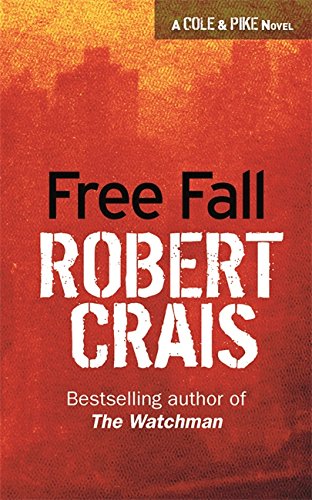 Elvis Cole is just a detective who can't say no, especially to a girl in a terrible fix. And Jennifer Sheridan qualifies. Her fiance, Mark Thurman, is a decorated LA cop with an elite plainclothes unit, but Jennifer is sure he's in trouble - the kind of serious trouble that only Cole can get him out of.

Five minutes after his new client leaves the office, Cole and his partner, the enigmatic Joe Pike, are hip-deep in a deadly situation as they plummet into a world of South Central gangs, corrupt cops and conspiracies of silence. And before long, every cop in the LAPD is gunning for a pair of armed and dangerous killers - Cole and Pike.

Robert Crais is the author of the Elvis Cole novels. He has won the Macavity and Edgar awards and been nominated for an Edgar. He lives in L.A. with his wife and daughter. William Hootlkins was the reader for LA Requiem, His biog is on that AI but I cannot open that file to add it here.

Despite an improbable jailbreak and obvious character types--the dangerous, sadistic cop; the dewy ingenue, and her doltish boyfriend--Robert Crais almost manages to make the mean streets of Los Angeles as ferocious as they were in LA REQUIEM. The plot, riddled with bad cops, gangs, and corruption in high places, provides enough excitement and twists to be fun. True, some of the snap has gone out of Elvis Cole's repartee, but Joe Pike is as enigmatic a hero as he ever was. An engaging performance by James Daniels keeps things moving. Daniels provides even the least interesting characters with inner lives by the subtlest change in his tone. With equal touches of irony and insight, he makes Elvis and Joe a great way to spend an evening. S.J.H. © AudioFile 2002, Portland, Maine-- Copyright © AudioFile, Portland, Maine