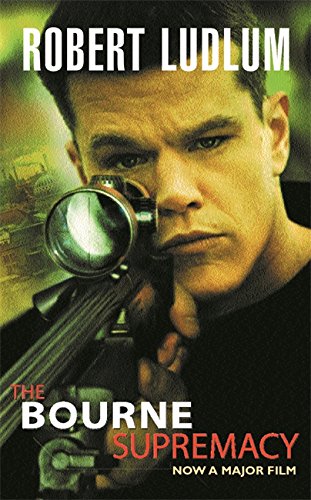 In a Kowloon Cabaret, scrawled in a pool of blood, is a name the world wanted to forget: Jason Bourne.

The Chinese vice-premier has been brutally slain by a legendary assassin. World leaders ask the same fearful questions: Why has Jason Bourne come back? Who is paying him? Who is the next to die? But U.S. officials know the shocking truth: There is no Jason Bourne. The name was created as cover for David Webb on his search for the notorious killer Carlos. Someone else has taken the Bourne identity--and unless he is stopped, the world will pay a devastating price. So Jason Bourne must live again. Once again, Webb must utilize his lethal skills--because once again, like a nightmare relived, the woman he loves is suddenly torn from his life. To find her, trap his own impostor, and uncover an explosive secret plan, Webb must lauch a desperate oddyssey into the espionage killing fields. But this time, survival will not be enough. This time Bourne must reign supreme.
From the Paperback edition.