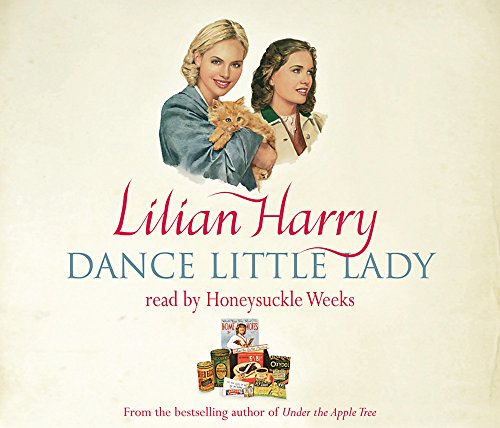 Kate, Sally, Maxine and Elsie work at Priddy's Hard, the great naval armament depot on the shores of Portsmouth Harbour. The hours are long and the work difficult and dangerous; the women who work here are routinely handling cordite, shells, torpedoes and bombs. But even in the dark days of World War II they still find time to enjoy themselves. There are ENSA concerts in the canteen and hops in the local drill hall, while Canadian and American soldiers flood into the streets of the garrison town, giving ample opportunity for flirtation and romance. However, beneath the careless laughter each girl nurses a secret. Kate is terrified that she carries a jinx, while Maxine has discovered a family secret which turns her bitterly against both her parents. Elsie is still grieving over the loss of her son Graham, killed in the Blitz. And spirited young Sally has lied about her age to gain admission to the Hard, risking another kind of danger amongst the gunpowder and the shells. Each faces a dilemma that will be resolved only after D-Day in June 1944. What happens then brings each woman face to face with her own strengths and failings and, ultimately, her own destiny.

Lilian Harry was born and brought up in Gosport, on the shores of Portsmouth Harbour. Her earliest memory is of being snatched out of bed by her sister at the first wail of the air raid siren, and rushed to the Anderson shelter at the bottom of the garden. It is that memory, together with the others of World War II - the searchlights criss-crossing the sky, the roar of exploding bombs, the barrage balloons floating above and the German parachute that landed in the garden - that informs her books. Having worked in the Civil Service and as a boarding school matron, she broke into writing as Harlequin romance novelist for Mills and Boon. Having written historical novels as Donna Baker, as well as "How To" books on writing short stories and novels, she moved from Headline to Orion to begin a new series of books set in Portsmouth - the "April Grove" sequence that dips into family lives between 1939 and 1945. There are over a dozen books in the series, although the most recent titles can also be enjoyed as stand-alone novels. "Under the Apple Tree", for instance, focuses on new lead characters during the air raids on Portsmouth in 1941; "Three Little Ships" takes place against the backdrop of the 1940 Dunkirk evacuation. Honeysuckle Weeks comes from West Sussex and is so named because the scent of honeysuckle was very strong at the time she was born (August 1979). She first came to public attention as the juvenile lead in the 1993 TV adaptation of Anne Fine's Goggle Eyes. More recent roles have included appearances in The Ruth Rendell Mysteries, Casualty, Lorna Doone and Midsomer Murders. She is now best known as the co-star of the BAFTA-award winning Foyle's War, ITV1's immensely popular wartime drama. As driver Samantha Stewart, she provides (to quote one critic) an apple-cheeked and bushy-tailed contrast to Michael Kitchen's middle aged, introspective detective. Her stage work includes Love's Labours Lost at the Chichester Festival Theatre.

'...a heart-rending new war-time saga set against a backdrop of the build-up to the D-Day campaign.' WESTERN MORNING NEWS

Book Description Orion, 2005. Audio CD. Condition: Good. Audio book. Small/slight crack to the case. Good condition is defined as: a copy that has been read but remains in clean condition. All of the pages are intact and the cover is intact and the spine may show signs of wear. The book may have minor markings which are not specifically mentioned. Most items will be dispatched the same or the next working day. Seller Inventory # mon0011922806

Shipping: US$ 5.60
From United Kingdom to U.S.A.
Destination, rates & speeds