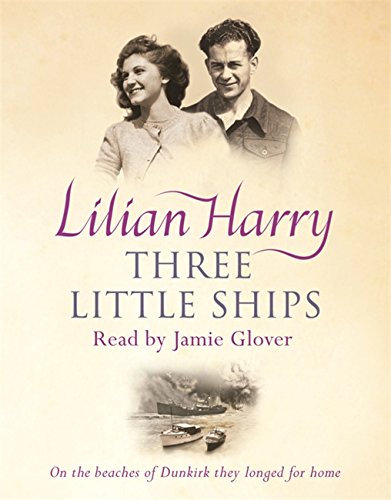 During just nine days in the early summer of 1940, nearly eight hundred 'Little Ships', from lifeboats and passenger steamers to small private yachts and dinghies, set off across the English Channel to rescue almost half a million men of the British and French Armies trapped on the beaches of Dunkirk. Among them are three very different crafts - a London fireboat from the docklands of the East End, manned by skipper Ollie Mears and his crew; a small pleasure steamer from the River Dart in Devon, commanded by 21-year-old Robby Endacott, an Able-Seaman in the Royal Navy who grew up on the banks of the Dart; and a small motor yacht owned by Portsmouth solicitor Hubert Rowley and crewed by his son, Charles, and son-in-law, Toby. As each boat ferries exhausted men from the beaches to the waiting ships, under incessant fire from enemy aircraft and in a sea awash with debris and bodies, the men are unknowingly united by a powerful driving force - the urgent need to find one man who matters more to them than anyone else. Ollie is desperate to find his son, Joe; Robby and Toby are searching for their brothers, Bill and Alex. Each of these missing men has a family, a wife or a sweetheart at home who is anxiously waiting for news. One sweetheart in particular is determined to play her own part in the rescue. Charles' sister Paddy, only 17 years old, is deeply in love with Alex, and begs to be allowed to go too. When permission is refused, she takes matters into her own hands, with startling results. While on the beaches of Dunkirk, the three men watch and pray and wait for rescue, not knowing if they will ever return home ...

Lilian Harry grew up in Portsmouth and now lives in a village on the edge of Dartmoor with three ginger cats. She has a son, a daughter and two grandchildren, and is a keen walker. Jamie Glover trained at the Central School of Speech and Drama. He has played title roles in Henry V and Hamlet and other stage performances include roles in The Glass Menagerie, The Invention Of Love and The Novice. Television work rnages from The Thing About Vince and A Dance To The Music Of Time to Caedfael. He recorded Ben Hur for Radio 4.

A good audiobook experience requires a good story, a polished reader, and behind the scenes, a ruthless editor. THE THREE LITTLE SHIPS is about the heroic evacuation of Dunkirk, so the story is intrinsically exciting. Gordon Griffin has a strong, manly voice and a flair for accents and vocal nuances. But the book itself badly needs editing. There is too much repetition and two much verbal hand-wringing. Nonetheless, Griffin copes well with depicting the families of the three ships that go on the rescue mission, and he generates suspense and excitement when the soldiers are under fire. The characters are likable, and the description of the struggles is compelling. Despite the slow spots, this well-told story is worth hearing. D.L.G. © AudioFile 2006, Portland, Maine-- Copyright © AudioFile, Portland, Maine