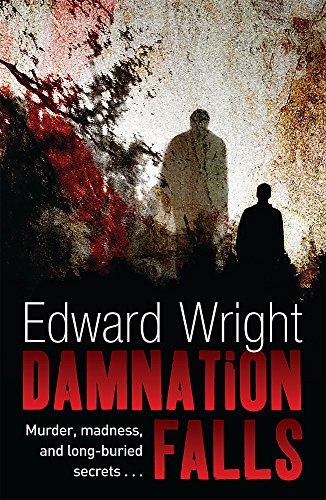 "Damnation Falls" represents a couple of firsts for me. It's my first non-series mystery, following the three John Ray Horn novels. It's also my first contemporary story (the earlier books are set in the Los Angeles of the 1940s). It's special to me in that it's my only novel so far set in the South, the region where I grew up. Some of the personal connections are obvious: The protagonist, Randall Wilkes, is a Southern boy who graduates from Vanderbilt University, as I did, and then pursues a newspaper career in Chicago, as I did. After his career spectacularly flames out (a fate I managed to avoid, I'm happy to say), he returns to the small town where he grew up, in an attempt to see how much has changed, both in the town and in himself. On the night he returns, the story takes a horrific turn, one I'll leave to the reader to discover.
I too have been back to the South several times, and each time I find some things changed but the most important things, such as a strong sense of identity and community, still the same. Those who know Tennessee may recognize locations I've borrowed for the novel. The place I call the Colony is based in almost every detail on a spot called Beersheba Springs, a collection of vacation homes, all more than a century old, set on a bluff with a spectacular view. My wife and I were fortunate to meet one of the residents, who gave us the grand tour of the home he was restoring. His place is the model for Wilkes Cottage in the novel, where Randall's father lives.
"Damnation Falls" is about many things, among them a search through the past, the strengh of family, and the meaning of friendship. At some point while I was working on the book, I realized that one of the most pervasive themes was that of fathers and sons. That was when I decided to dedicate it to my father.

Edward Wright grew up in Arkansas and went to school in Tennessee and Illinois. He has been an officer in the U.S. Navy and an editor at the Chicago Tribune and Los Angeles Times. His noir-flavored mysteries featuring John Ray Horn -- "Clea's Moon," "While I Disappear" (U.K. title: "The Silver Face"), and "Red Sky Lament" -- set in Los Angeles during the 1940s, have won the Shamus Award in the U.S. and the Debut Dagger and Ellis Peters Historical Crime Award in the U.K. His first non-series book, "Damnation Falls," a contemporary mystery-thriller set in small-town Tennessee, won the Barry Award. His latest novel, "From Blood," was named one of the best mysteries of the year by the Financial Times of London, and a U.S. edition is due in 2012. Although now a Californian, he retains a Southerner's love of barbecue and bluegrass music. He and his wife, Cathy, live in the Los Angeles area. edwardwrightbooks.com

Shipping: US$ 10.40
From United Kingdom to U.S.A.
Destination, rates & speeds