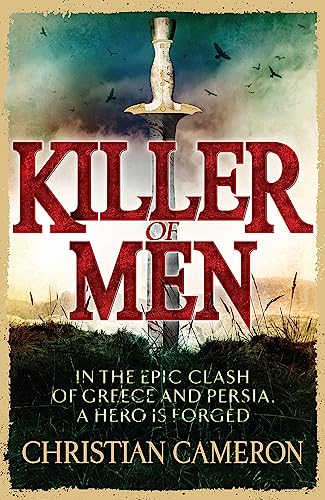 In the epic clash of Greece and Persia, a hero is forged - a monumental novel from the author of the Tyrant series.

Arimnestos is a farm boy when war breaks out between the citizens of his native Plataea and their overbearing neighbours, Thebes. Standing in the battle line for the first time, alongside his father and brother, he shares in a famous and unlikely victory. But after being knocked unconscious in the melee, he awakes not a hero, but a slave.

Betrayed by his jealous and cowardly cousin, the freedom he fought for has now vanished, and he becomes the property of a rich citizen. So begins an epic journey out of slavery that takes the young Arimnestos through a world poised on the brink of an epic confrontation, as the emerging civilization of the Greeks starts to flex its muscles against the established empire of the Persians.

As he tries to make his fortune and revenge himself on the man who disinherited him, Arimnestos discovers that he has a talent that pays well in this new, violent world - for like his hero, Achilles, he is 'a killer of men'.

Christian Cameron is a writer, re-enactor and military historian. He is a veteran of the United States Navy, where he served as both an aviator and an intelligence officer. He is a co-author, with his father Ken Cameron, of the acclaimed Gordon Kent military thriller series, as well as WASHINGTON AND CAESAR, a novel of the American Revolution. He now lives in Toronto with his wife and daughter, where he writes full time.

Book Description 2011. Paperback. Condition: New. Paperback. Arimnestos is a farm boy when war breaks out between the citizens of his native Plataea and their overbearing neighbours, Thebes. Standing in the battle line, he shares in a f.Shipping may be from our Sydney, NSW warehouse or from our UK or US warehouse, depending on stock availability. 496 pages. 0.344. Seller Inventory # 9780752883939