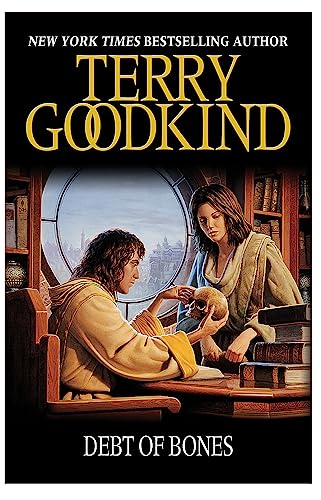 Terry Goodkind is a #1 New York Times bestselling author. His books include the eleven-volume Sword of Truth series, beginning with Wizard's First Rule, the basis for the television show Legend of the Seeker. Goodkind was born and raised in Omaha, Nebraska, where he also attended art school. Alongside a career in wildlife art, he has also been a cabinetmaker and a violin maker, and he has done restoration work on rare and exotic artifacts from around the world -- each with its own story to tell, he says. While continuing to maintain the northeastern home he built with his own hands, in recent years he and his wife Jeri have created a second home in the desert Southwest, where he now spends the majority of his time.

“Wonderful.” ―Kliatt on Stone of Tears

“Each volume of the Sword of Truth...proves more difficult to review than the last. There are only so many was of heaping praise on a series that gets better and better.” ―SFX on Blood of the Fold

“...outstanding work...adrenaline and characters who actually behave like adults. Highly recommended.” ―San Diego Union Tribune on Temple of the Winds

“...thoroughly enjoyable.” ―VOYA on Soul of the Fire