Items related to Red Hot Chili Peppers: By The Way: The Biography

Red Hot Chili Peppers: By The Way: The Biography 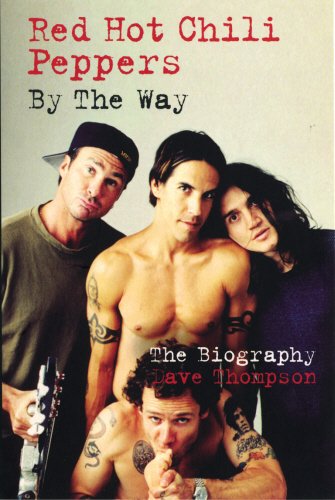 The Chili Peppers' groundbreaking rock/funk/pop fusion has gained them a huge and loyal fan base over the years, but the worldwide success of their 2002 album By The Way has now pushed them into the top league of alternative rock crossover success. The product of several years of detailed research, Dave Thompson's in-depth, fully updated account of the band's private lives and public highs and lows is not just a must-read for any serious fan of the Chili Peppers, but a perfect way for their legions of fans to discover their remarkable story.

Dave Thompson is a freelance writer who has written over forty books since 1980. He has also contributed to numerous magazines, including Rolling Stone and Melody Maker. He lives in Seattle, Washington.

1. Red Hot Chili Peppers: By The Way: The Biography