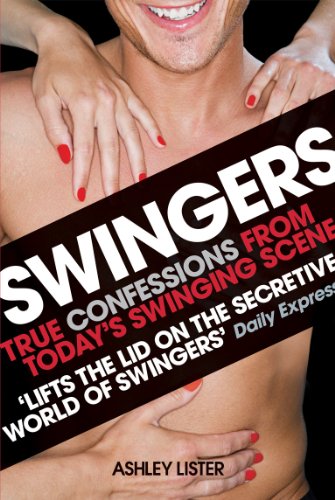 Swinging, swapping, public sex, threesomes, soft-swaps, group sex, and full-blown orgies—everybody has heard about them, and everyone knows someone who knows someone who was rumored to. Answering the questions Who is really doing it? How? Why? What is it like? And what really happens?, this book compiles a host of thrilling true stories from wife swappers and swingers. Presenting the motives, experiences, and aspirations of a variety of genuine couples and singles, it gives insight into the lives of those who participate in this extremely popular activity. Candid interviews present detailed stories about what occurs in bedrooms, private parties, adult clubs, and even public carparks. Most importantly, those people who participate tell the story.

Why do women swing?

In a frank and fascinating exposé of female involvement in the swinging scene, Ashley Lister sets out to find answers to this tantalizing question. After meeting and corresponding with female swingers from all over the UK, he reveals the sometimes shocking attitudes and secret lives of those women at the forefront of today’s recreational sex scene.

This is the first ever book devoted exclusively to the subject of Britain’s female swingers and includes authentic confessions from a wide spectrum of women - from young party-loving students to outwardly conservative middle-aged professionals. As these women speak candidly about what they do, who they do it with and how they feel about their unconventional sex lives, they offer an unparalleled insight into modern female sexuality.

Read intimate confessions from ordinary women as they describe their first swingingexperience Get a female point of view on what really goes on behind the closed doors of exclusive swingers’ clubs Learn about the fear and the thrill of being caught Meet daring women who combine swinging with other unconventional sexual activities like public exhibitionism and even S&M ‘ . . . new book lifts the lid on the secret world of swingers’ (Daily Express)

Ashley Lister is a freelance writer, author and reporter and is an expert on the UK’s recreational sex scene. His book Swingers: True Confessions from Today’s Swinging Scene has been widely reviewed and featured in several national newspapers.

Ashley Lister is a freelance writer who has written several novels under the pen name Lisette Ashton, including Forbidden Reading and Neighbourhood Watch.