Items related to Engelbert - Whats In A Name?: The Autobiography

Engelbert - Whats In A Name?: The Autobiography

Engelbert - Whats In A Name?: The Autobiography 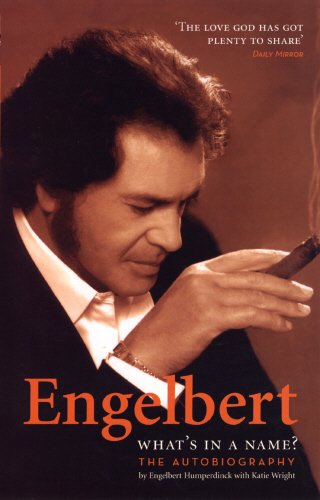 "Engelbert: What's in a name?" is the autobiography of one of the world's best-loved singing stars, Engelbert Humperdinck. The man known simply as 'Enge' by his millions of fans worldwide has sold over 130 million records and is in the "Guinness Book of Records" for achieving 56 Consecutive weeks in the chart with 'Release Me'. From living on the dole and receiving last rites with tuberculosis to buying a Hollywood palace with a heart-shaped pool and a fleet of fourteen Rolls Royces, Engelbert wears his 'King of Romance' crown so well that horticulturists even named a rose after him. And the love god has certainly lived up to his name, indulging in a string of affairs and one-night stands, whilst remaining happily married to his first love Patricia. Now, for the first time he is ready to tell all and she, in turn, speaks out about years of living with his womanising is a special additional chapter. Forty years on from his early hits 'Enge' is still at the very top, selling out concerts across the world and topping the charts in all the major markets. Inspired by the warmth of his millions of affectionate fans and the endless support of his wife, Englebert at last tells the tales he's never shared before.

"'HE WRITES WITH ASTONISHING CANDOUR... INSIGHTFUL AND CURIOUSLY UNSENTIMENTAL' MAIL ON SUNDAY 'The love God has got plenty to share about living the high life' Mirror"

1. Engelbert - What's In A Name?: The Autobiography Humperdinck, Engelbert and Wright, Katie

Shipping: US$ 10.83
From United Kingdom to U.S.A.
Destination, rates & speeds