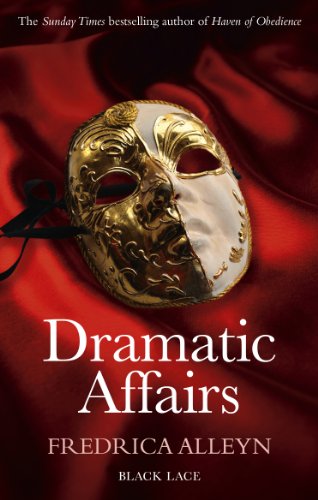 Once the curtain goes down, the show truly begins

Esther Reid and Marcus Martin are the country's golden couple of acting until Esther finds herself publicly dumped and the tabloids boasting pictures of Marcus's new love. Hurt and angry, she resolves to find fame by joining a prestigious theater company run by Christopher Wheldon—Marcus Martin's greatest rival. As the acting troupe sets out on a national tour, a complex drama of erotic liaisons, sexual secrets, and strange fantasies unfolds. Esther harbors powerful physical passions for more than one man in the company, but more than one of them has a dark hidden agenda. She must keep her wits about her if she is to steal the show, satisfy her desires, and find the fame she so ardently craves.

Fredrica Alleyn is the pseudonym of an author who also writes crime and horror fiction. She is the author of Cassandra's Conflict and Fiona's Fate.