Items related to Connect: How companies succeed by engaging radically...

Connect: How companies succeed by engaging radically with society 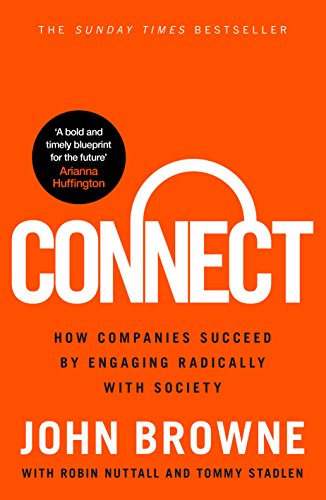 John Browne (Lord Browne of Madingley) was CEO of BP from 1995-2007, transforming it into one of the world's largest companies. He was knighted in 1998, and made a life peer in 2001. He is Chairman of L1 Energy, Huawei UK, the Tate Galleries and Donmar Warehouse and has authored the memoir Beyond Business, popular science book Seven Elements that Have Changed the World and The Glass Closet, a commentary on the acceptance and inclusion of LGBT people in business. Robin Nuttall is a Partner in McKinsey's London office. He leads the Firm's Regulatory and Government Affairs Practice, serving regulators and regulated corporations on strategy and organisational issues across a range of sectors and territories. Tommy Stadlen is a technology entrepreneur. He is a former McKinsey consultant, and worked on Barack Obama's first presidential campaign. He is a commentator for media outlets in the US and the UK.

"This bold and timely book helps us redefine the way we think about business and serves as a compelling blueprint for the future." Arianna Huffington "More than ever before, the world, both developed and developing, is going to need its businesses to survive and prosper. As a start, the 2,000-year-old history of anti-business sentiment needs first to be understood and then acted upon. Gaps need to be closed; gaps not just of perception but of reality. And it will be businesses, not society, who will need to make the bigger moves. This intelligent, practical book suggests what those moves should be. Of immediate value, I believe that only three years from now it will be seen to have been a trail-blazer." Sir Martin Sorrell "The mission statements of corporations often include shareholders, customers and employees, but as Browne shows, a commitment to society at-large has been largely absent. Rather than transparency and engagement, businesses have become more closed and isolated. Connect shows why and how business must radically change to thrive in the 21st century." John Hennessy "This book redefines three discredited words: Corporate Social Responsibility. Far too often they exist as a bit of window dressing or conscience-salving. John Browne wants to put them at the centre of businesses - both because it's right and because success in business is inextricably linked with sustainability. It's all the more compelling because of Browne's own years at the top in business." Alan Rusbridger "Connect offers a radical and different way of thinking about business. Typically of John Browne, he has put together an inspiring call-to-arms to create the companies society deserves." Alastair Campbell

1. Connect: How companies succeed by engaging radically with society

3. Connect: How companies succeed by engaging radically with society