Items related to Inside Out

Mason, Nick Inside Out 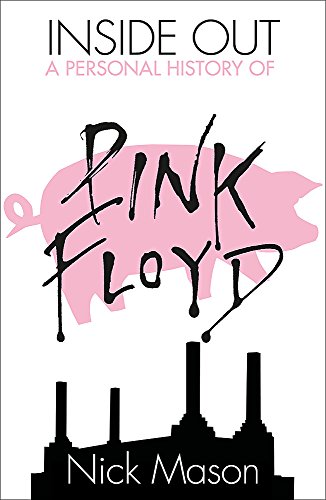 One of the most fascinating rock bands ever, Pink Floyd was formed in 1965. After a year in the London 'underground' experimenting with revolutionary techniques like lights which matched their music, they released their first single in 1966. Their breakthrough album, THE DARK SIDE OF THE MOON, was released in 1973 and stayed in the charts until 1982, the longest a record has ever been continuously in the charts, becoming one of the best-selling albums of all time. In 1975 they released WISH YOU WERE HERE which reached iconic status, then in 1979 THE WALL went to number 1 in almost every country in the world. The movie version of THE WALL starring Bob Geldof was released in 1982, becoming a cult favorite. In the 1980s a rift developed between the band members which culminated in law suits. Only recently have there been reconciliations which have allowed founder member Nick Mason to write his personal take on the band's history.

Nick Mason was a founder member of Pink Floyd as drummer/percussionist. He is the only member of the band to survive from its foundation and has played on every Pink Floyd album. He has produced music for TV commercials and played and produced several albums for other bands. His solo album NICK MASON'S FICTICIOUS SPORTS was released in 1981. His other passion is motor cars and he has taken part in the Le Mans 24-hour race. For years he has accumulated images and memorabilia associated with the band with a view to writing their definitive history.

The landmark British psychedelic band Pink Floyd's founding drummer limns the group, named after two early bluesmen, in a profusely illustrated coffee-table tome. The band's spacey arrangements, instrumentation, and light shows made it famous; the drug-burnout fate of original leader Syd Barrett, who was later institutionalized, helped, too. As Barrett's legend grew, his former colleagues moved the band closer to the rock mainstream and scored massive hits with such albums as Dark Side of the Moon and The Wall. Mason tracks the outfit's progress from the members' meeting in art school a la the Who, the Rolling Stones, the Kinks, and other revered British rockers. He details the band's journey from jazzy R & B to the psychedelic explorations that eventually dominated its output. Given Pink Floyd's erstwhile association with mood-altering substances, the more recent story of band members' children's covert strategy to score at a concert is particularly piquant. Incisive, and freighted with pictures, this is a lush treat for the band's considerable fandom. Mike Tribby
Copyright © American Library Association. All rights reserved

3. Inside Out Mason, Nick