Items related to The Development of Marketing Management (The History...

The Development of Marketing Management (The History of Retailing and Consumption) 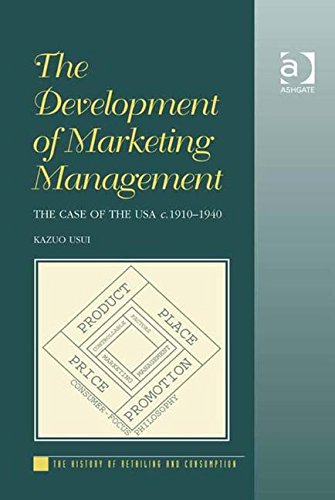 There has been much discussion about the origin of marketing and marketing thought, and whether it was truly American in origin. Nevertheless, it is true that US marketing management thought was very influential throughout the world in the latter half of the twentieth century, becoming dominant after the Second World War. In order to recognise why and how this kind of thought developed in the USA, it is necessary to explore the historical contexts in which the marketing management thought was produced and developed at this time, as well as the contents of the thought.This work argues that while doubts about the US origin of marketing are acceptable, marketing management thought, which especially appeals to mass producers such as the USA, developed according to their particular needs. This book looks at the relationship between theories of marketing and the historical context in which they were developed, rescuing them from later generalizations that failed to take into account contemporary social and economic factors.

Kazuo Usui is a Professor in the Faculty of Economics, Saitama University, Japan.

1. The Development of Marketing Management (The History of Retailing and Consumption)

2. The Development of Marketing Management (The History of Retailing and Consumption)

Book Description Ashgate, 2008. Condition: Good. A+ Customer service! Satisfaction Guaranteed! Book is in Used-Good condition. Pages and cover are clean and intact. Used items may not include supplementary materials such as CDs or access codes. May show signs of minor shelf wear and contain limited notes and highlighting. Seller Inventory # 0754606066-2-4