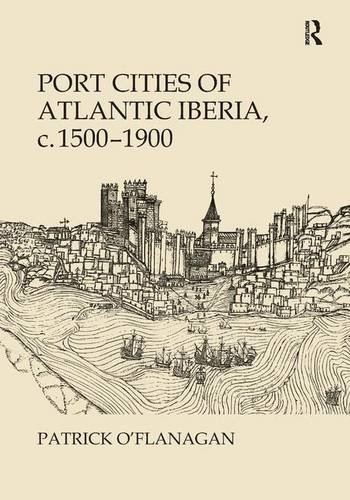 Charting the evolution of the port cities of Atlantic Spain and Portugal over four centuries, this book examines the often dynamic interaction between the large privileged ports of Lisbon, Seville and Cadiz (the Metropoles) and the smaller ports of, among others, Oporto, Corunna and Santander (the Second Tier). The book particularly focuses on the implications of state-sponsored commercial policies for the main ports of Atlantic Iberia during the monopoly period extending from 1503 to c.1778, and briefly considers the implications of the suppression of monopoly for these centres over the remainder of the nineteenth century. Patrick O'Flanagan employs a wealth of source material to provide a multi-faceted survey of the growth of these port cities, moving deftly from local concerns to regional developments and global relationships. Beyond Spain and Portugal, the book also considers the important role played by the Atlantic archipelagoes of the Canaries, the Azores and Madeira. This formidable study is an essential addition to the library of those studying Atlantic Iberia, historical geography, and transatlantic economic relationships of this period.

Patrick O'Flanagan is a Professor and Head of the Department of Geography at University College Cork, Ireland. Most of his academic career has been spend at this university. He has maintained close links with all of the Atlantic universities on the Iberian peninsula and especially with the university of Santiago de Compostela. He has published widely on the historical and cultural geography of the Iberian peninsula.

'[the book] will be of interest to urban, Iberian and economic historians, and offers valuable material for Atlantic historians.' Journal of Urban History '... this is an important piece of scholarship that makes a valiant attempt to understand and conceptualize a huge topic. It is well illustrated with dozens of sketches, tables, maps and city plans, some in colour. Scholars from a variety of disciplines in the social sciences will learn much from its pages.' Bulletin of Spanish Studies